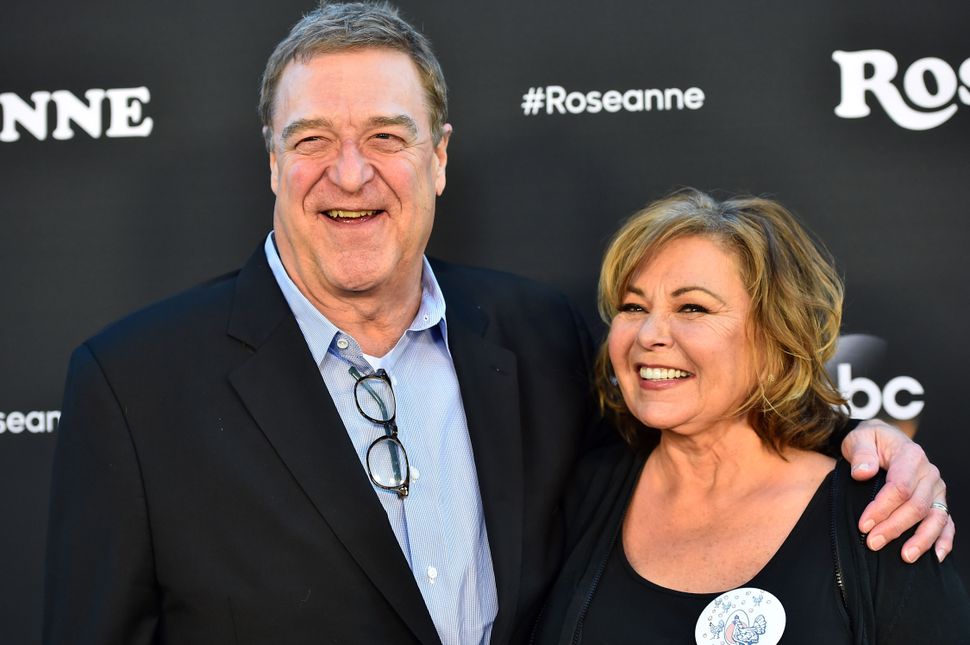 Zichrona Livra-blah. John Goodman told The Times that in the upcoming “Roseanne” reboot redux, “The Connors,” the character Roseanne Connor will be killed off to accommodate the fact that Roseanne Barr was fired from the show after a racist tweet.

Welp, there’s no use crying over spilt racist venom, in our opinion. But John Goodman is sad, and that makes us sad too.

In the Times profile, he said that when the “Roseanne” reboot was cancelled, he was “broken-hearted.” He added that he tried to shake off the feeling, but, “I went through a period, about a month, where I was very depressed. I’m a depressive anyway, so any excuse that I can get to lower myself, I will. But that had a great deal to do with it, more than I wanted to admit.” He told The Times that when the network initially approached him about rebooting “Roseanne,” he told them, “I’m your boy.” During the shooting of the reboot, the cast, he says, “a team, even more than before.”

Goodman, who arrived at the interview with seven dollars in his hand (he had lost his wallet) and a cell phone that he found in his own shoe, defended Barr. “I know, I know, for a fact that she’s not a racist,” he said. Only John Goodman could make defending Roseanne Barr look so pure. “I’ve never tweeted or twarted. It’s not useful for me. I’m ultra-sensitive.”

He closed out the interview by saying, “I’ve always had trouble with the…Not self-hatred, but…OK, self-hatred. There are better guys out there.”

Then, maybe not willing to leave us all so down in the dumps, he finished by saying that his favorite role is still as the star of “The Big Lebowski.”

“I went to see it at a theatre here the other day and sat right in the middle,” he said. “Nobody bothered me.”