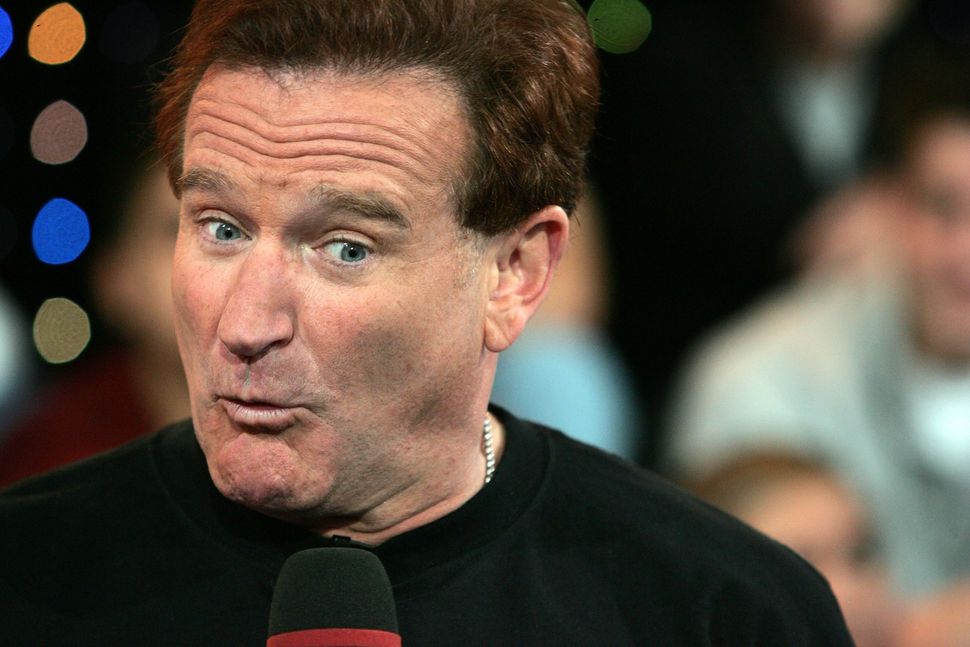 Appearances can be deceiving. For example, an elderly woman with a hard-to-place accent may really be your estranged father. And a musical based on a beloved family comedy classic may sound like a foolish idea, when in fact most great musicals are based on beloved works from other mediums! (See: Les Miserables, Oklahoma, Cats, Cabaret, Guys and Dolls, Rent, My Fair Lady, and most others.)

“Mrs. Doubtfire” is going to be a Broadway musical. We’re so excited, we could do a dance routine with a broom.

The great news: Robin Williams’ brilliant legacy will be safe in the hands of director Jerry Zaks, a Broadway veteran and four-time Tony winner whose parents were both Holocaust survivors.

The dull news: Virtually everyone else developing this musical is a man. Karey and Wayne Kirkpatrick, the brothers behind the hit musical “Something Rotten” are on music and lyrics, and Karey Kirkpatrick will co-write the book of the musical with John O’Farrell.

Given that creating an original Broadway musical (even as an adaptation of a major movie) is a mammoth financial risk that hinges on every element of production offering mass appeal, mounting a musical helmed exclusively by men and starring a man is just bad business. It almost makes you wish them a random fruit-to-the-head. A run-by-fruiting, if you will.

Good luck, men! May your production team be diverse and your script devoid of jokes that mock transgender people.