MeToo Guys Have A Right To Repent. Not A Right To Millionaire Influencer Status. 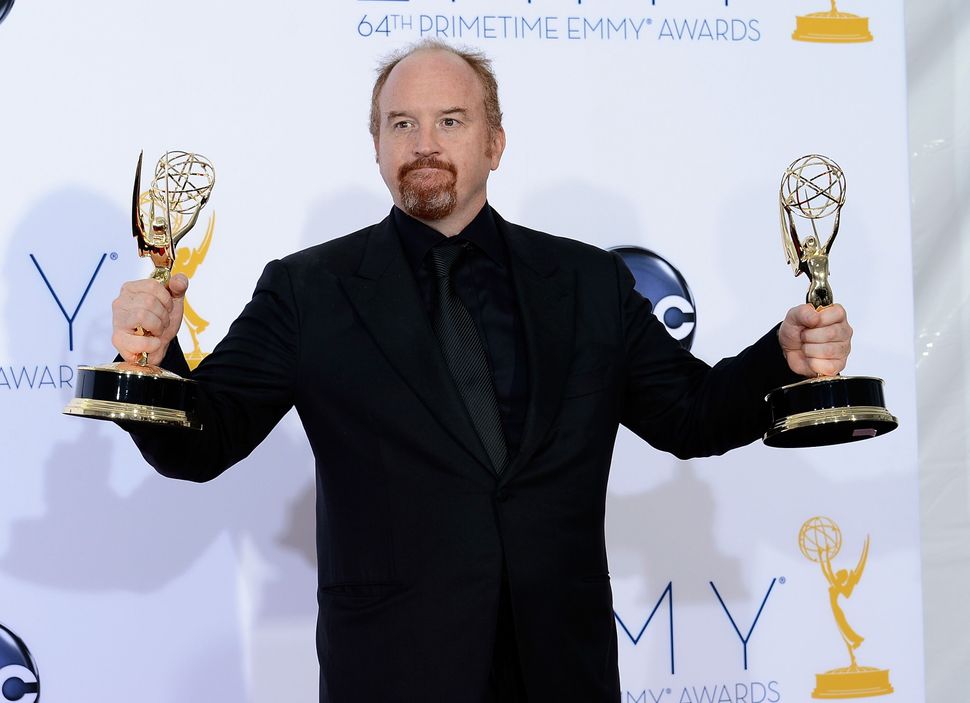 In October 2017 — another look at the news, another thrill of horror.

In December 2017 — we assessed our grim situation — if they were out there making our movies, running our restaurants — weren’t they in our workplaces? Could they be in our homes?

My friends and I played a cynical game we called “Which One Do You Miss Most”? Al Franken, who could have been president? Charlie Rose, who was always so comforting? For me, it’s Louis C.K. I found — I find — his comedy prophetic. I molded some of my adult self around his wisdom. But he’s gone, and he can’t come back. At least, not the way he wants to come back.

When a person commits a crime, there should be channels for him to eventually reenter society, provided that he has worked to repay his debt and is no longer dangerous. Louis C.K. has not repaid his debt to society, and there is no reason to believe he isn’t a threat. C.K. committed a crime — sexual misconduct — at least four times. It’s a crime for which other people serve jail time. C.K. lost money and status — that’s not a fitting punishment.

Louis C.K. deserves a chance at repentance, but it’s not a chance he’s taken.

There seems to be some underlying anxiety that because we, the public, gave Louis C.K. his job, we are obligated to keep employing him. “He knows no other trade!” We find ourselves arguing. It is as if we think we owe it to Louis C.K. to help him put food on the table for his family, though we know he’s a man with tens of millions of dollars that he earned while committing criminal acts he knew were wrong.

We do not owe him. We did not offer Louis C.K. a lifetime contract. The position of a celebrity is at-will, and it is at the will of the people, and we would do better to confer it on someone who isn’t an unreformed criminal.

We don’t have any rules for them. We don’t know why we love the ones we love and why we hate the ones we hate, and we don’t care. We cultivate them — it takes a village to raise a Disney star — and we freely let them die on our watch. We have given standing ovations to convicted child rapists, and seen our so-called American sweethearts off to jail. In exchange for a prolonged public performance, we give piles of money. We give them enormous platforms. We give them power.

And we can take it away. Celebrities exist to serve us, and we, in turn, worship them. That worship is conditional. We are not obligated to them. We are their employers.

The idea that Louis C.K. has been punished sufficiently and can now come back is hooey, because “back” for a celebrity means a platform of millions of people and an exorbitant salary. Saying he should come “back” suggests not just that he is owed a place at the table (which he isn’t), but that he is owed a throne.

Besides, C.K. has so many options. He won’t need to work another day in his life, and neither will his children. He could give free comedy classes (under heavy supervision and guidance, of course). He could start a community garden. He could pursue countless worthy professions. He could lift a single finger to help people in a way that doesn’t involve himself on a stage, with a spotlight, earning a huge check. His future is more open and limitless than most.

By virtue of living through 2017, we all played a role in what would turn out to be the #MeToo movement. None of us — not the accused, accusers, journalists, bystanders, consumers — were prepared. We count on our lives being governed by laws, but laws weren’t strong enough to stop a herd of (mostly) men from allegedly harassing, abusing, and assaulting (mostly) women. The next line of defense is us, our willingness to build social norms that say abuses of power are unacceptable.

And, come on: they’re just not that funny.

MeToo Guys Have A Right To Repent. Not A Right To Millionaire Influencer Status.