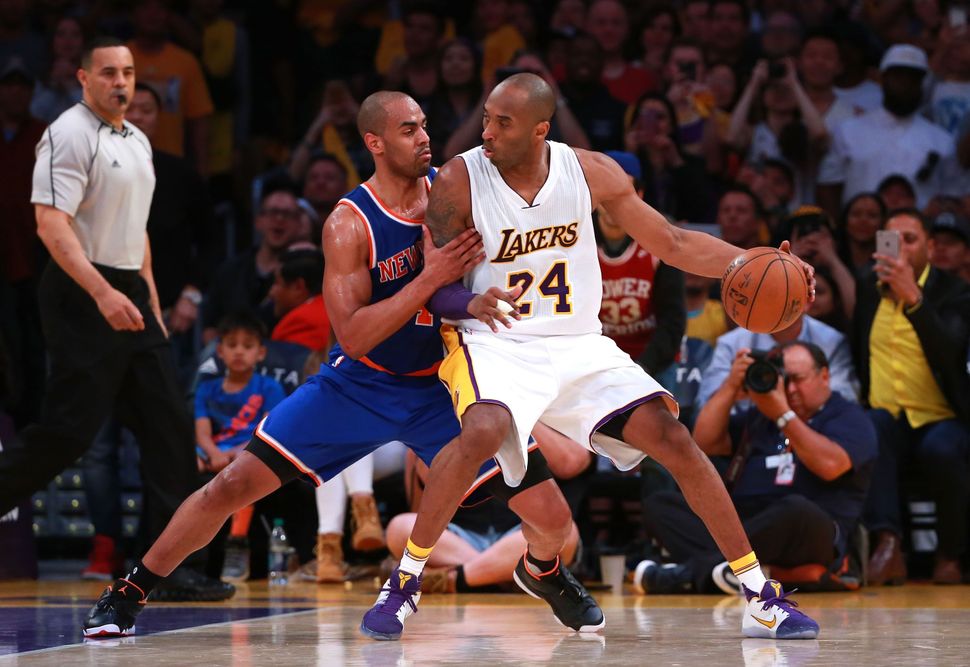 Evan Perlmutter, a 33-year-old fan of the New York Knicks, has sold his team loyalty to the highest eBay bidder, for almost $3,500, ESPN reports.

This news story has this young Jewish pop culture writer wondering — who would pay for that? And also — what are the New York Knicks?

James Riedel, a 23-year-old YouTube creator, purchased Perlmutter’s fandom at auction for $3,450. And in reference to the second question, Perlmutter set the bidding at $1,973, a reference to the last year the Knicks won the NBA championship.

Perlmutter is now obligated to attend a minimum of two Lakers games and place a $500 bet on that team’s odds. “I hate the Knicks,” Perlmutter wrote in the highly emotive eBay post, explaining the sale of his basketball birthright. “I love the Knicks, but I hate the Knicks. Die-hard New York Knicks fan. My childhood room is still filled with posters from the 90’s, the good ole glory days…After all the ups, downs, more downs, more downs, infinite downs, I have reached my absolute breaking point,” he wrote, explaining that the winning bidder would be allowed to pick a new team for him to support.

The Knicks responded to the news in a statement, saying, “We’re sure our millions of loyal Knicks fans won’t mind losing this attention-grabbing gentleman,” confirming once and for all that men are at least as petty as society says women are.

To struggling sports teams, we offer our usual advice: Give your games the attentiveness and production values of Broadway musicals, and change your name to something that isn’t knickerbockers.

If people are buying up fandoms from fans whose heroes enraged and humiliated them, I will sell my fandom to the following things for the price of an iced coffee: Louis CK, Matt Damon, the male stars of “Arrested Development,” Morgan Freeman, and James Franco, just for starters. Caffeinate me, internet.