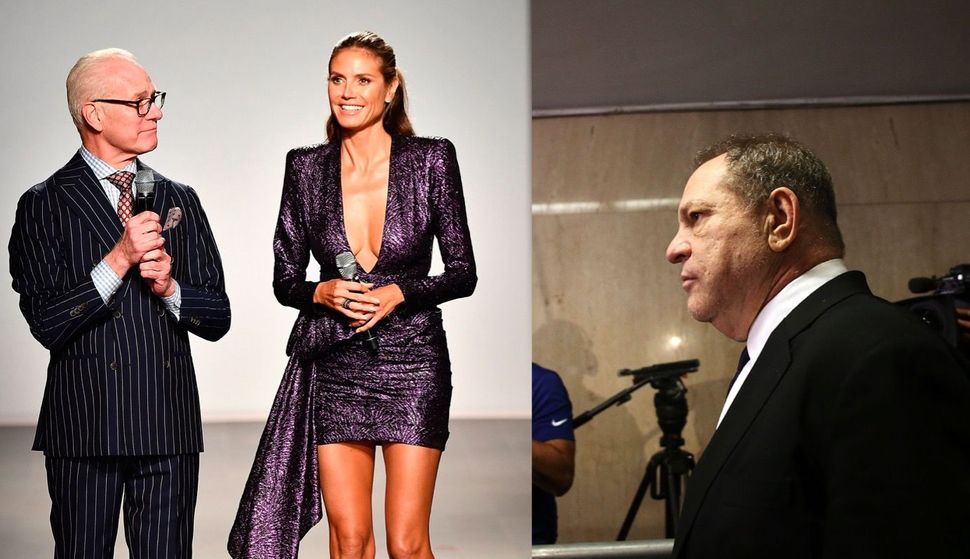 The great Heidi Klum once said, “In fashion, one day you’re in and the next day you’re out.”

It seems that Klum took this message to heart, and she, along with Tim Gunn, is leaving the reality competition series Project Runway after 16 sessions.

Both Klum and Gunn have been poached by Amazon for an as-yet untitled fashion competition show according to the Hollywood Reporter.

Project Runway, which pits aspiring fashion designers against each other for the chance to show their collection at New York Fashion Week, was the brainchild of the Weinstein Company, Harvey Weinstein’s production company. His ex-wife, Georgina Chapman, who is the co-founder of uber-feminine high fashion label Marchesa, was also a prominent figure on the show, appearing as part of the judges table. But after The New York Times and The New Yorker published sexual assault allegations against the one-time Hollywood dynamo, Weinstein’s production company declared bankruptcy. Lantern Entertainment acquired the Weinstein Company’s assets — including Project Runway — and the future of the show was, for a time in peril.

Luckily, Bravo stepped in and acquired the show. It seemed as if the show would be getting a rebirth of sorts — after all, Project Runway first premiered on Bravo in 2004 before moving to Lifetime. But now that two of the show’s most visible characters — Heidi Klum and Tim Gunn — have jumped ship, the future seems uncertain.

But it doesn’t seem as if Bravo is too worried about Klum and Gunn’s departure. “Bravo is proud to bring Project Runway back where it all began, and Heidi and Tim will always be a huge part of the legacy,” reps for Bravo said in a statement. “The series will continue its iconic impact with Bravo’s reboot for the next generation of designers and fans. We are excited to announce our new host and mentor very soon.”