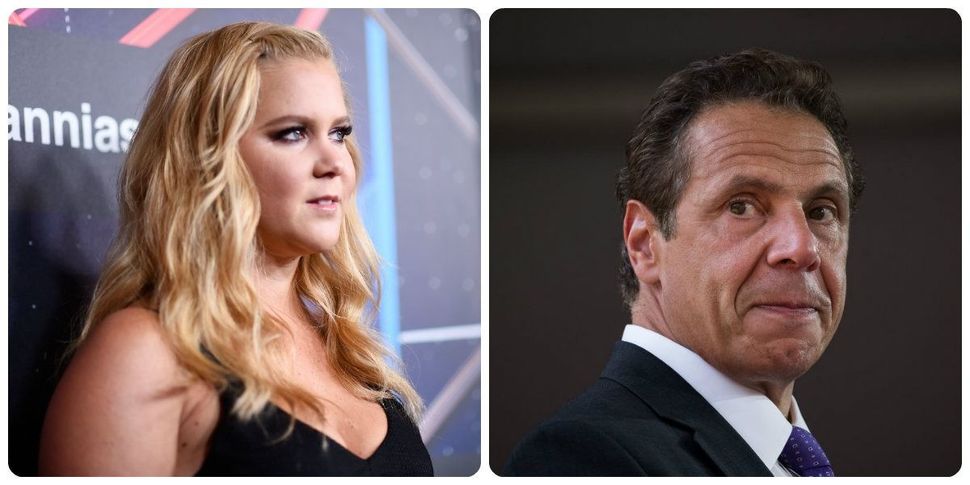 Raunchy-comedian turned Democratic-celebrity-organizer Amy Schumer announced her choices for the New York State primary election on Thursday. Among the slim list of the funny gal’s choices is a surprise — or not, depending what you think of Schumer — incumbent New York State Governor Andrew Cuomo.

Schumer has been an active celebrity presence in liberal politics since her rise to major fame in the early 2010s, often in collaboration with her second cousin, New York State senator Charles Schumer. In an Instagram post on Tuesday afternoon, Schumer announced she would be voting for Andrew Cuomo in the hotly contested race between the longtime politician and actress Cynthia Nixon. “Andrew isn’t my fav dude,” she wrote simply, “But he is a good gov.” She went on to cite Nixon’s lack of experience and connections. “But I love her and think if anyone is inclined voting Nixon is cool,” she added, just days after promoting an event featuring Nixon’s campaign.

Schumer went on to endorse progressive candidate (and former Cuomo-challenger) Zephyr Teachout for attorney general. The post was accompanied by a picture of Schumer’s dog (dressed in what looks like a rain coat) and her new kitten.

This is all fair enough. One wonders how much Schumer’s second-cousin had to do with this, especially considering that Schumer tries to portray the post as radically candid. One also wishes Schumer would list a reason why she thinks Cuomo is “a good gov.” And then, of course, one wonders why Schumer’s dog gets a raincoat, and not her cat.