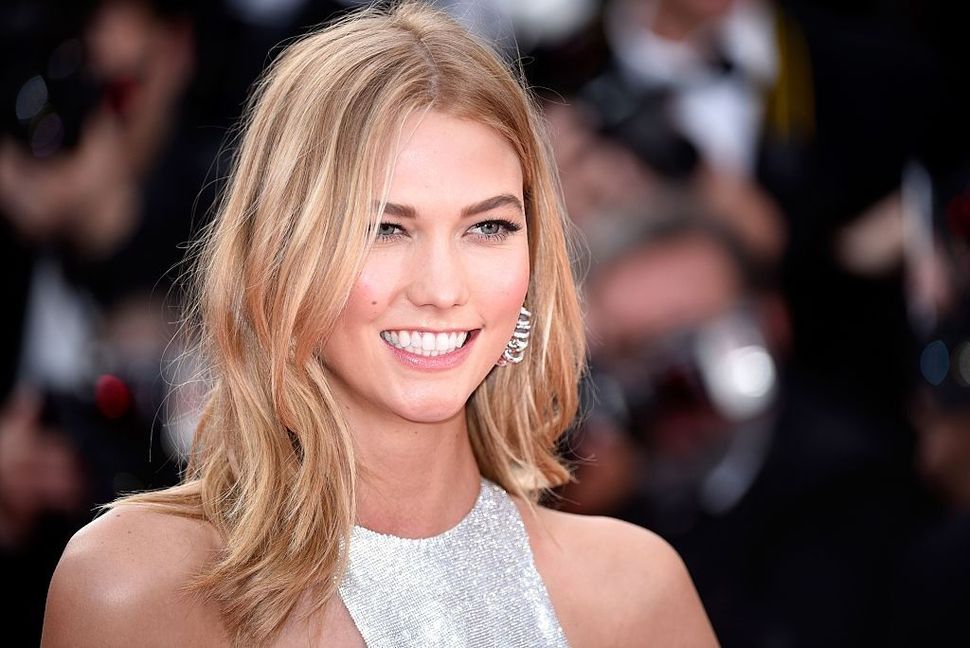 Supermodel-turned-tech-ed-entrepreneur Karlie Kloss knows her brand — the woman who once politely told the New York Times to shove their questions about her love life where the sun don’t shine just opened up to Vogue about her star-crossed relationship with Joshua Kushner.

Kloss, a sort of human American flag with a flair for business, became engaged to the younger Kushner son after six years of dating in June, though the couple kept their news a secret before sharing it with fans on July 24. The longtime lovers tend to keep their private lives and left-leaning politics to a bare minimum of enigmatic Instagram posts, but Kloss broke out of that pattern on Thursday, telling Vogue, “I’ve chosen to be with the man I love despite the complications.”

Though Kloss went on to describe the pressure of celebrity and the harsh glare the public spotlight casts on famous women (versus the soft-focus glow it puts on men), but the proud Hillary-supporter was certainly also alluding to her now-fiancee’s ties to the Trump administration. “Josh and I share a lot of the same liberal values that guide our lives and the things we stand for,” she went on.

Star-crossed? Maybe! Frankly, Kloss politics may divide her from the Kushner family, but they’ll likely find common ground in the experience of being one percent earners. And the issue of celebrities complaining about being asked about their personal lives (rather than, say, their fascinating clothing lines and altruistic endeavors) is a rant for another time.

Nevertheless, Kloss’ philanthropic all-girls coding endeavor is inspiring. Described in the article by friends, family, and Melinda Gates as a brilliant problem solver and lifelong learner, Kloss developed Kode With Klossy, a free summer program that teaches teenage girls to code, in 2015 when she feared her modeling career was faltering. Now it’s in 25 cities across America, offering total scholarships.

So no, we’re never going to get tired of asking Karlie Kloss what it’s like to love a small, mop-topped bleeding-heart Kushner, or how her friendship with Taylor Swift is going, or if she and Donald Trump have compared hair products yet.

But empowering thousands of teenage girls by giving them accessible opportunities to learn a STEM skill? That’s pretty kool.