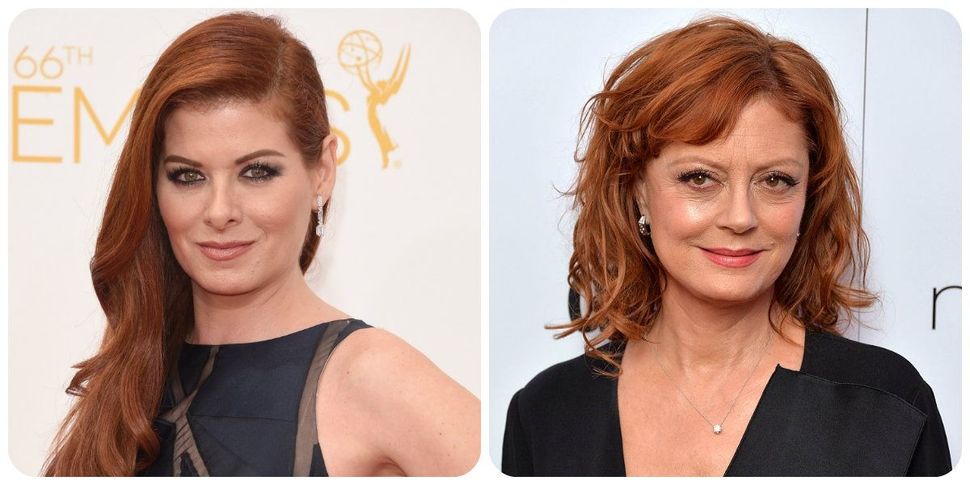 Women: So catty! Say, why don’t you break it up already, ladies!

The gentler sex has their claws out once again in a (checks notes) classic battle between one woman’s progressive politics and another’s radical leftist agenda.

On Wednesday, Jewish “Will and Grace” star Debra Messing rang in the new year by verbally smashing Susan Sarandon over a statement the latter star made about President Trump. Sarandon has long promoted her relatively far left-leaning politics since supporting Ralph Nader in the 2000 election, and taking on the role of activist-celebrity since the early days of her career. More recently, she promoted Bernie Sanders to the point of gleefully suggesting that a Trump win would have a positive jarring effect on the country, in March 2016. Sarandon, though much maligned by many of her left-leaning peers for her comments, remained steadfast.

But where there’s a will, there’s a grace: Debra Messing took to Twitter today with a shockingly direct rebuke of Sarandon.

STFU SUSAN. Oh yes, PLEASE let’s give Trump CREDIT. I mean how else are you able to walk out on the street. Convince yourself that that this CATASTROPHE of a President who you said was better that HRC IS NOT ripping children away from parents seeking asylum, holding children https://t.co/UuXLLdahaB

Judges who will support jerrymandering efforts, not to mention destroying ALL good will and allied relationships across the Globe. Oh, and lest you forget Syria, Crimea, and putting PRO-RUSSIA agenda BEFORE the United States best interests. YES, do go on

Messing “went off” as the kids say, going on to indirectly label Sarandon “a self-righteous narcissist.”

Trump. Only a self righteous, narcissist would continue to spout off and not – in the face of Americans’ pain and agony -be contrite and apologize for your part in this catastrophe. But, you do you Susan.

The punctuation usage is a little off. But the diss may be right on target.