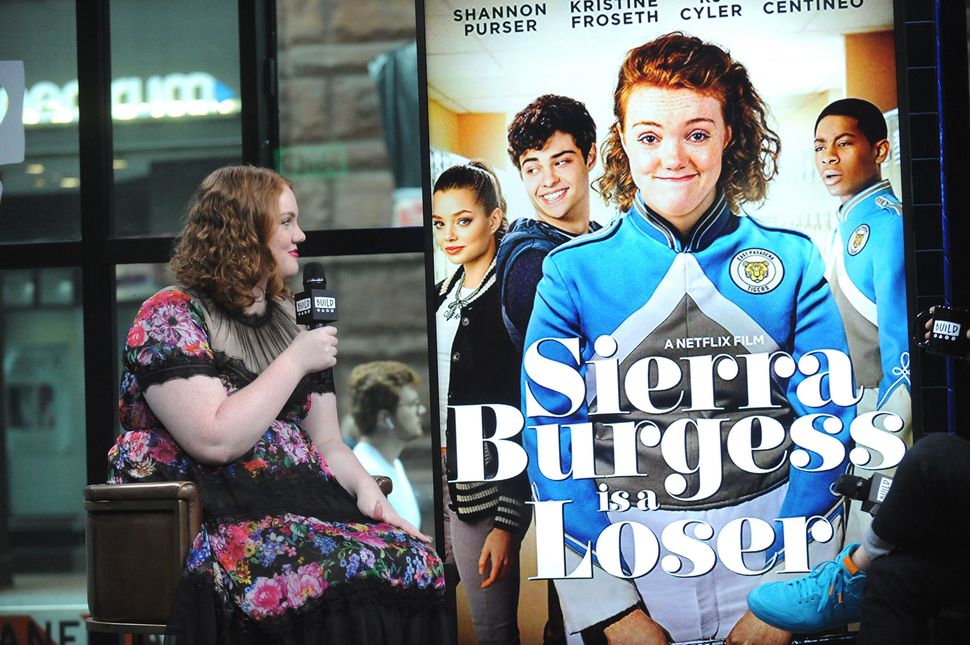 “Sierra Burgess is a Loser” Image by Getty Images

“Sierra Burgess is a Loser” is the type of movie that fills us with a longing for simpler times when we weren’t condemned to follow a clichéd underdog of a protagonist as she embarks on an emotional awakening that leads her to discover herself, fall in love, and skip into the sunset. “Jaws,” where you at? In Netflix’s newest attempt to bust open the teen rom-com market, we follow a hackneyed plot that Hollywood has recycled like a bottle of Smartwater while ignoring basic conventions like “don’t make fun of deaf people.” “Sierra Burgess is a Loser” cements its stance as an ignorant film that should be left in the Hollywood trash heap due to scenes showcasing hurtful values and dull plot lines. Do we have to say it? The movie is tone-deaf.

The movie opens with Sierra Burgess (Shannon Purser, aka Barb from “Stranger Things”) strolling through her kitchen, barefaced, wearing a dowdy dress with old-fashioned clips pinning her frizzy red locks back. She has the remnants of toothpaste on her face and, when her mother tries to wipe it off for her, Sierra protests and refers to herself as “the one teenager who doesn’t obsess over looks.” Ok, we get it, Netflix. You want us to understand from the get-go that Sierra Burgess is, as they so bluntly put it, a loser. However, in this film, Sierra is not your typical band-geek who cowers in the corner while the mean girl struts around the hallway and says cringeworthy lines like “I wonder what life is like for rejects,” (yes, we too were pained by this banal retort). Sierra fights back. She is clever. She is beloved by her English teacher. She is proud. She has opinions. She is equally as snarky as the predictably beautiful, seemingly coldhearted mean-girl, Veronica.

Despite these qualities, it is violently uncomfortable to witness the desperate attempt the film makes to portray the protagonist as anything other than a cliché. The script seems to say: she’s a dorky clarinetist, but she’s not your typical dorky clarinetist.

There are moments of warmth: a fuzzy, feel-good vibe clings to some of the scenes, and raw vulnerability and hope seeps off Sierra as she exchanges her first flirtatious texts with Jamey (played by Noah Centineo of “To All The Boys I’ve Ever Loved.”) Jamey, the swoon-worthy jock who has been duped into believe he is texting popular Veronica instead of Sierra, bonds with our dorky lead over their shared dry wit, quirky intelligence, and a yearning for connection. Fine, so far.

However, through the portrayal of the unintentional love triangle at the center of the film, “Sierra Burgess is a Loser” stomps carelessly on values that the #MeToo movement has worked hard to impel. Sierra and Veronica pay no heed to the feelings of Jamey, gleefully catfish-ing him. At one point, Sierra convinces Veronica to go on a date with Jamey in her place while she hides behind a car, listens in and even secretly coaches Veronica to insert thought-provoking commentary, unconcerned with the trap of deception that she has laid out for Jamey. Jamey leans in to kiss Veronica and Veronica, ever the good friend, covers his eyes and gestures wildly at Sierra, who takes her rightful place and kisses poor, unknowing Jamey.

We’re just not sure where the concept of consent has gone here. Why is it that only female consent is considered to be a necessity? Jamey was tricked into partaking in a romantic act that he did not offer his consent to. Why does Jamey’s opinion not matter? There is something wildly unsettling about the indifference the girls possess towards Jamey’s autonomy from the beginning to the end of the movie. They are simply determined to fulfill their own needs – emotional and physical – and male personal autonomy is tossed aside in this convoluted, backward take on feminism.

Additionally, despite the film’s attempt at expanding Hollywood’s narrow horizons by including a protagonist with an unconventional physical appearance (unconventional for Hollywood, normal for the rest of the American population,) it backfires. The movie hypes up the contrast between Sierra and Veronica’s looks and revolves around the romantically exciting shock-factor of Jamey actually liking Sierra despite her so-called-subpar physical appearance. The ultimate message is that average-looking women finding love is a tremendous feat.

The idea that a woman needs to be physically stunning in order to attain an attractive man is archaic and weak; we have moved so far past such open shallowness, and the fact that the movie’s makers fixate so heavily on appearances throughout the film blithely reveals their true goals: profit. Yes, the heavyset, redheaded girl wins in the end. But the fact that it is turned into the focal point of the film shows that they believe it is a novelty for an average-looking high schooler to achieve romantic satisfaction. Sierra wins, but we all lose.

This is all to say nothing of the viciously cringe-y moment when Sierra feigned deafness upon an encounter with Jamey in order to avoid speaking to him and having him recognize her voice. A deaf model, Nyle DiMarco, has spoken out against the notorious scene, tweeting that “pretending to be deaf is not ok” and it is a “terrible joke.”

We love the star-studded cast of this film: Shannon Purser — our beloved Barb — Noah Centineo, newfound Internet heartthrob, Chrissy Metz, starlet from our favorite soap opera “This is Us”, and Will Peltz, a Jewish actor with a billionaire father (sorry, can’t think of a better combo than this), but we are ultimately not in favor of this rom-com.

Who is the true loser here? Is it Sierra, or is it the audience, soaking in the twisted and unfortunate themes of this film? “Sierra Burgess is a Loser” is irreverant to any strides that we, as a society, have made towards boosting human and sexual empowerment and eradicating total superficiality in our ever-changing gender bounds and selfie-obsessed culture.