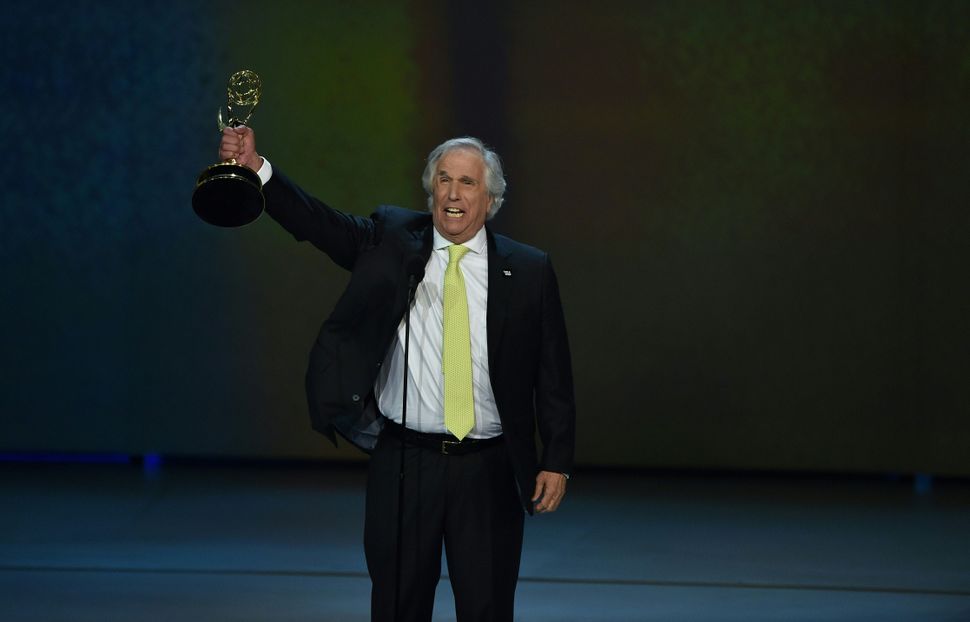 Henry Winkler, joy and graciousness epitomized in a human body, took the stage to accept his first ever Emmy Award at 72 years old on Monday night. Winkler, nominated for Best Supporting Actor in a Comedy Series for the HBO show “Barry,” leapt to his feet when his name was called, throwing his arms around “Barry” creator and star Bill Hader.

“Oh my god! Oh my god! Okay! I only have 37 seconds — I wrote this 43 years ago,” he sputtered. “Skip Brittenham said to me a long time ago, ‘If you stay at the table long enough the chips come to you’ And tonight, I got to clear the table.” (Brittenham is a top entertainment lawyer.) “If you get a chance to work with Bill Hader or Alec Berg, run don’t walk,” he shouted, going on to thank “Barry” show writers by name. Winkler saved his most emotional thanks for his wife, Stacey Weitzman, and his children and step-son. “Jed, Zoe, and Max, you can go to bed now, daddy won!”

It’s a speech that would have been over-the-top from anyone who didn’t grow from the nation’s cool older brother to the nation’s beloved Jewish grandfather.