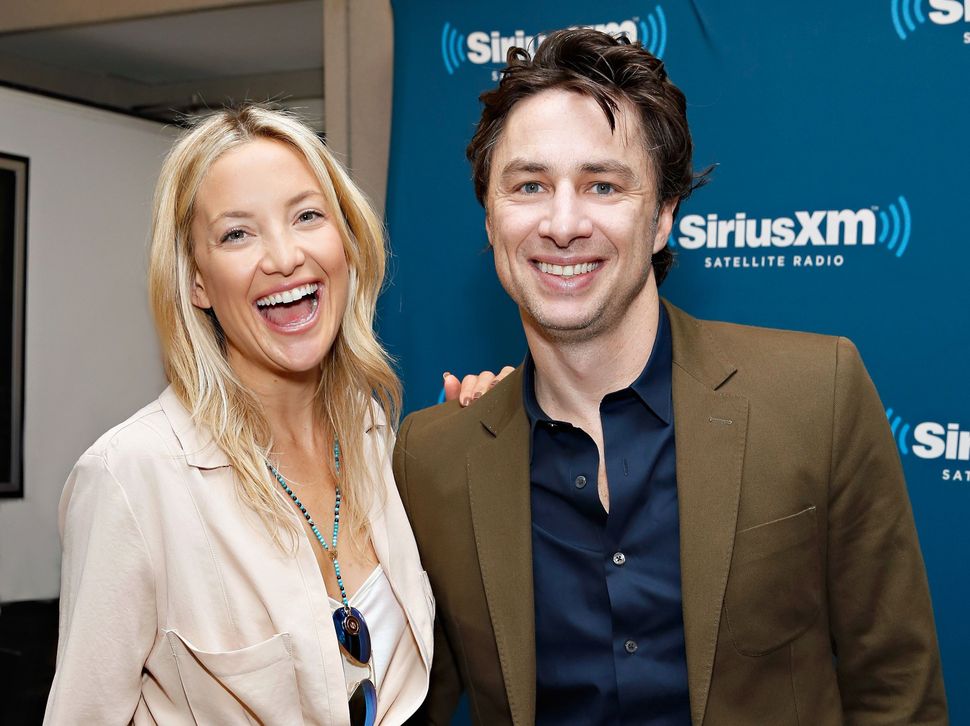 In spite of his name, Aidan Bloom, Zach Braff’s Jewish character in “Wish I Was Here”, hardly seems Jewish. Braff’s 2014 comedy film is a recent addition to Netflix’s streaming service, and it centers on Aidan as an out-of-work actor struggling to pay his children’s Yeshivah tuition. As Aidan goes from one doomed audition to another, his ultra-religious father, Gabe bloom, played by “Homeland’s” Mandy Patinkin, falls ill, and can no longer cover his grandchildren’s Yeshivah bill.

The premise is life-like enough. And Braff, who co-wrote the movie with his brother and directed it, is an award-winning Jewish actor in real life, best known for his 2004 indie film “Garden State” and his role on the television series, “Scrubs.”

So how can a movie made by two proud Jews get Judaism so wrong?

With the film’s overt Jewish details, like a family dog named “Kugel” or Maurie Povitch playing in Gabe’s hospital room, it completely misses the mark on the bona fide Yeshiva tuition crisis that modern day families grapple with. Additionally, Netflix (as well as marketing for the original release of the movie) scrubbed Jewish content from advertising. Though the script features excessive Jewish references, Netflix’s description avoids them. It reads: “For an out-of-work actor, having to homeschool his kids could be the role of a lifetime.” Perhaps “Jewish father resorts to homeschooling when his father can’t pay his children’s Yeshivah tuition anymore” would lure a very niche crowd. But at least it wouldn’t whitewash.

In a 2012 interview with The Jewish Chronicle, Braff admits that he relates to being Jewish the most through comedy because he’s not very religious. Perhaps, that is why “Wish I was Here” fails to convey a realistic Orthodox Jewish upbringing. Let us count the ways:

While being perplexed about your religious identity is something that strikes all Jews in their formative years, Aidan’s 12-year-old daughter takes her uncertainty to a new extreme. For one, Grace has a hebrew poster hanging on her bedroom wall, a subtle accessory that looks staged for the purpose of proving her family’s Jewishness. Young girls in the 90’s and 2000’s hung Britney Spears and Zac Efron posters growing up, just like every other American. In another scene, Grace tells her boy-next-door neighbor that she doesn’t own a bathing suit because “God says a woman is supposed to keep her body covered up.” While there is some halachic underpinning to that comment, God certainly did not declare that young girls are prohibited from owning a basic summertime necessity.

Granted, Joey King (who stars in Netflix’s “The Kissing Booth”), dons realistically frum Yeshivah girl clothing and frequently rants about modesty. But her character is half-drawn at best. Later in the movie, the self-proclaimed tznius princess chops off all her hair in an act of rebellion when her parents pull her out of school. “I just want to go back to Yeshivah and be with my friends!” she declares. The Bat Mitzvah-aged girl doesn’t seem fazed by the drastic change. She says her dad once assured her she would still be pretty even if her head was shaved. To which Aidan clarifies, “Completely out of context! I was talking about the orthodox wig thing.” Everything about this is odd and uninformed.

When Aidan realizes that his father won’t be able to financially support his dream of becoming an actor anymore, he doesn’t try to get a job. He tries to persuade the head of his children’s school, Rabbi Twersky, to give him a tuition break, by calling it “tzedakah.” The 30-something-year-old father of two reads the Hebrew word off the palm of his hand, though it’s a word that anyone who was brought up in a religious Jewish household should know. Then we’re expected to believe that the Rosh watches cat YouTube. I’ve never seen a Rabbi of Rabbi Twersky’s stature waste nonsense time on a Youtube video when it has nothing to do with Torah. I’m just glad that the esteemed head of school put the failed actor in his place by reciting a mishlei-like passage. “If you want to buy a gallon of milk, when you only have money for a glass of milk, then you must take that money from somewhere else,” he says. Now that is a realistic portrayal of a Rosh Yeshiva.

3: If Sara Bloom Was Really Jewish, She Wouldn’t Support her Husband’s Acting Career:

Sarah Bloom, played by Kate Hudson, is the half-Jewish Bloom matriarch who works in an office that she hates in order to support her family and her husband’s dream of becoming an actor. Women putting other people’s happiness before their own is, perhaps, embedded in our DNA. But an Orthodox woman allowing her husband to pursue his dream of becoming an actor while she provides for their family is a far-fetched narrative that makes little sense. Over time, the silent wife finally speaks up and says, “I’m on a f*****g treadmill. And if I stop then our kids don’t eat. When did this relationship become solely about supporting your dream?” Sounds fair to us! But also, too little, too late.

At a certain point, Aidan shows up to temple for what seems like the first time since his Bar Mitzvah. He reveals that after he “became a man” he stopped eating kosher and defied his father’s wish for him to be religious. But now, as his life is going up in flames, the failed actor is reanalyzing his life choices.

“Do you think God is trying to tell me something? And if you says he works in mysterious ways I’ll run out that door,” Aidan says to Rabbi Rosenberg.

While it follows that a lapsed Orthodox person would seek the guidance of a rabbi at this crossroad, the scene felt very confessional, as if it was inspired more by Christian culture than any actual experience with a rabbi. A more realistic interaction between a rabbi and a person seeking counsel would be specific advice — for example, the rabbi would probably tell him to get a job to support his family.

Tucker Bloom, Aidan’s youngest son, starts playing video games while his father tries to home-school him and his sister. He starts shooting the “bad guys” because one of his classmates told him that “Jews are out to kill all Arabs.” For a movie made by two Jews, this does not make the Jewish tribe look good, especially when it should be noted that Yeshivahs do not teach their students that all Arabs are bad as naysayers assume.

When Aidan hears his son’s comment, he is completely taken aback and explains (or at least tries to) that not all Arabs are bad. “But, how do we know who is bad and who isn’t?” the 9-year-old asks. Aidan diverts the question, because that one’s too tricky for him to answer. All he wants his son to know, as every good Jewish parent does, is that we as Jews are not out to kill Arabs.

Tucker should also know that even though his dad’s a hero in his eyes, the actor playing him could serve to do some better research for his roles. 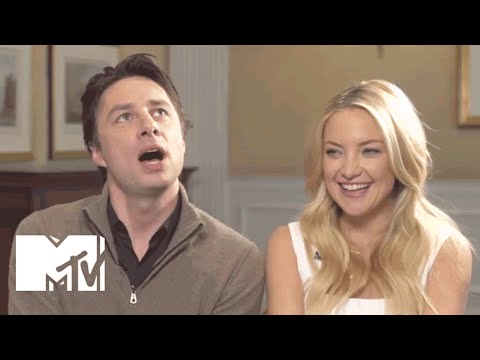