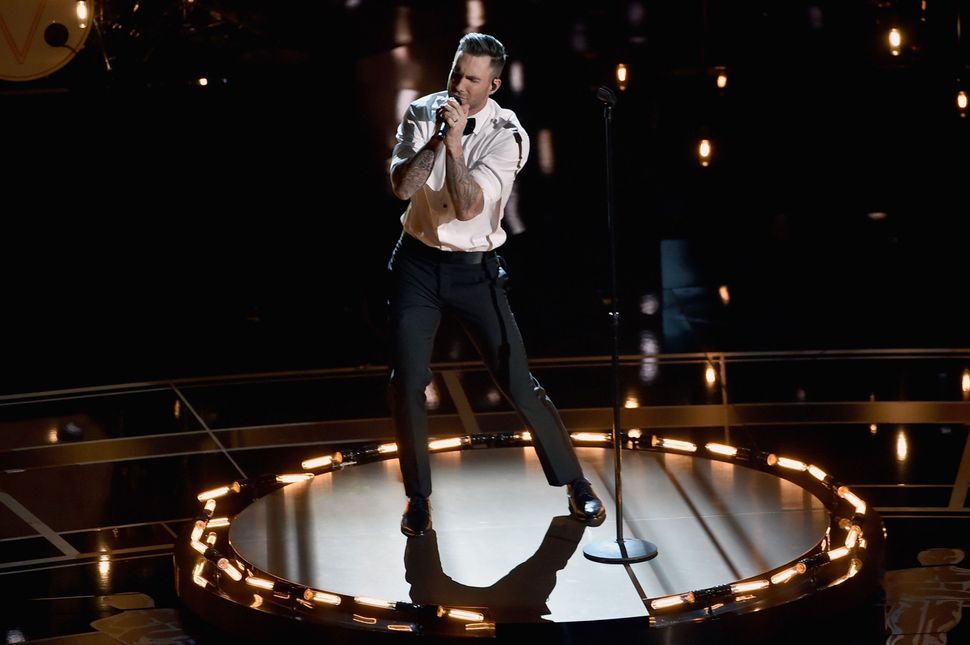 Adam Levine, as we live and breathe. Image by Getty Images

Now listen up: I’m only gonna say this once.

We’re fixing to have the single most Jewish Superbowl halftime show ever. Ever.

Our boy Adam Levine and his band Maroon 5 were tapped to perform at Superbowl LIII, and that’s big. It means we have to rally. We have to stand by our man.

I know some of you don’t like Maroon 5. Maybe you think their songs are saccharine, over-autotuned derivatives of the great rock that once was. Frankly, I don’t care.

You think the history of Superbowl halftime shows reads like a list of campers at Ramah Nyack? Well, it doesn’t. Eleh toldot Jewish Superbowl performers: Carole Channing, who performed in 1972 called herself “part-Jewish.” No other Jew headlined the show until George Burns in 1987. 10 freakin’ years later, John Goodman played…as part of the Blues Brothers. Bruno Mars has played twice, but he barely identifies as Jewish. Mark Ronson (2016) performed, if you can call his work performing. That leaves Lenny Kravitz, who played in 2015, holding down the reputation of the entire tribe, and guess what? They only let him perform one song. He shared a duet with Katy Perry on “I Kissed A Girl.”

Come on, fam. We don’t sing 10,000 words every 7th sundown to miss out on the musical opportunity of a lifetime. Maroon 5 is performing at Superbowl LIII in 2019, and we will be there supporting them.

Well, the important thing is to be superlative.

We don’t have room to be picky here. Our little Ashkenazi boychik — our evidently Semitic kosher songbird has been asked to lead the nation in song. And they WILL be loved. They WILL be loved (oh, oh, oh.)

On Sunday morning rain may be falling, but on Sunday afternoon the sky will be clear, Levine and the boys will have taken the stage, and we’ll be right behind them.

See you at the Superbowl.