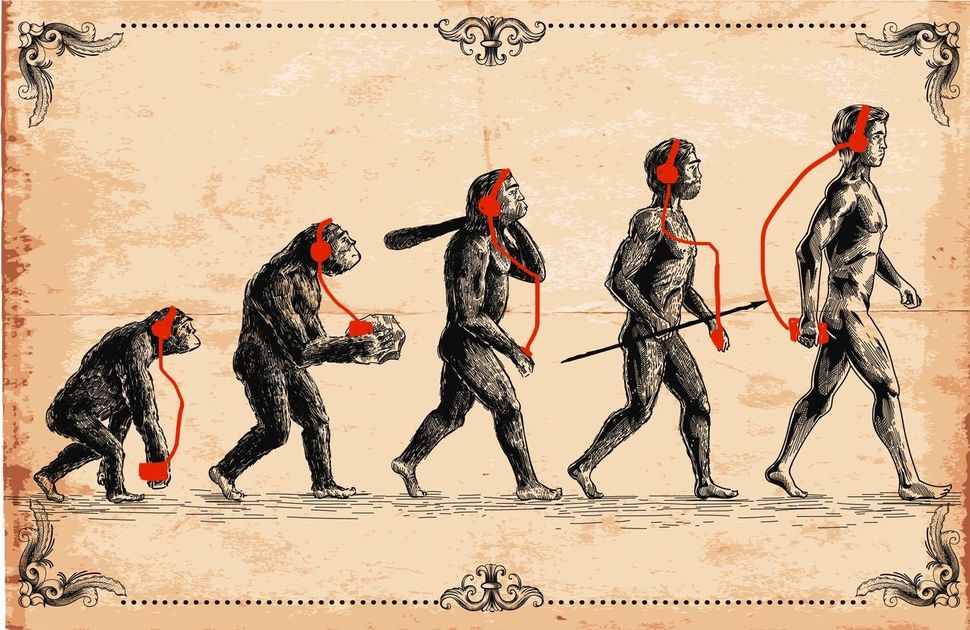 The evolution of jams Image by iStock/Forward Montage

Companies will do anything to get your most personal, private information.

Even (checks notes)… seizing your DNA sequencing pattern in exchange for a playlist of world music.

The music streaming service Spotify and the genetic testing service Ancestry.com have teamed up to offer consumers a whenever-in-a-lifetime opportunity: If you pay to have your genes tested, they will give you a playlist of music that corresponds to the countries your family came from.

The fascination with tracing family roots isn’t new to Jews or any other group, but it has reached a fever pitch since companies like 23AndMe and Ancestry became affordable and convenient, allowing customers to send in saliva samples in exchange for an estimated breakdown of their ethnicity. The appealing kits are easy and Instagram-able, and candy-colored result sheets provide graphics that answer, finally, that prickly question: “Where are you from?” The only trouble is — well, plenty of things.

Giving your most private information to a huge for-profit company is already a strange decision. Trading your most intimate genetic information for a list of popular international songs is even stranger — as foolhardy as trading your birthright for a bowl of soup, or, in modern terms, trading your email, phone number and address for 20% off at Zappos. And it’s not exactly a spectacular algorithm. Take the playlist given to this Jezebel reporter, whose English ancestry was acknowledged with a charity song recorded by Paul McCartney, Sheryl Crowe and Bono.

The Spotify offer is more troubling because of concerns that DNA testing companies are not regulated in a way that prohibits the sale of personal information. Ancestry, specifically, makes it impossible for consumers who have consented to having their data used for research to ever have their information wiped from the company’s records. Besides the many other chilling implications of just-for-laughs genetic testing is one that is thrown into strong relief by the playlists gambit: There’s a rather vital distinction to be made between culture and genetics. “How do we help people experience their culture and not just read about it? Music seemed like an obvious way to do that,” Ancestry marketing executive Vineet Mehra said of the promotion.

But tying genetic history to the musical traditions of the vague regions your family may have at one point passed through means tosh. Just try giving an Ashkenazi Jew a list of Top 40 from 1940s Poland and see what I mean.