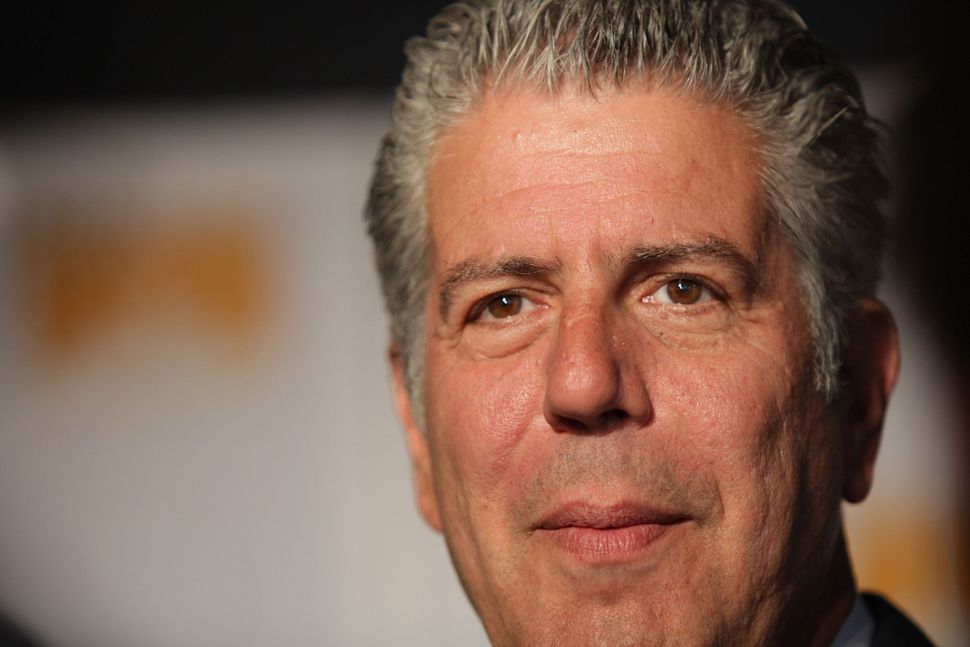 Anthony Bourdain has gone on to parts unknown, but the lifelong traveller bestowed his characteristic acidic wit on his final project.

The premiere of the 12th season of Bourdain’s food and travel show “Parts Unknown” takes Bourdain to Kenya, and marks the last time he ever recorded voiceover for the show. Bourdain, who died from suicide while shooting an episode of his show in June, carved out a niche in the world of food and travel TV by demonstrating an admiration for foreign cultures that seemed as genuine as it was enthusiastic.

His swan song, it seems, will be no exception.

Page Six reports that in the Kenya episode, Bourdain extolls the country:

There is a growing middle class, a highly rated educational system and an enthusiastic and multilingual professional sector. Which is to say: this is decidedly not a s**thole.

The reference is a nod to President Trump, who in January allegedly referred to Haiti and African countries as “s**thole countries,” asking why the United States should accept immigrants from those countries rather than Norway. Another time, Trump also allegedly implied that all Nigerian people live in “huts.”

This isn’t Bourdain’s only swipe at the Trump family. At a later point in the episode, he reportedly tries to sell comedian W. Kamau Bell, a guest on the episode, on the idea of safaris. When Bell balks, Bourdain explains, “There’s our kind of a safari and then there’s the Trump Jr. kind of safari,” that is, the kind of safari where wealthy Westerners pay enormous amounts of money to slaughter endangered animals.

As Bell and Bourdain look over the savannah, Bourdain smiles. “As soon as the cameras turn off,” he says, “I f***ing pinch myself. I can’t believe I get to do this.”