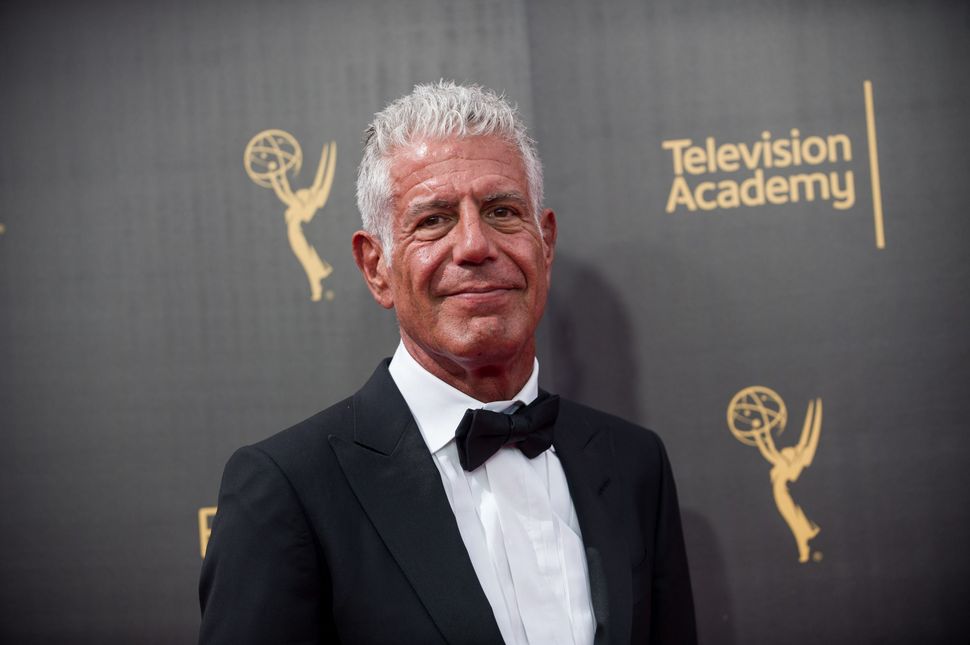 He was one of the world’s best known chefs, a monster presence in the culinary world who built a cult of personality by approaching food and eating with sensuous gusto. He was defined by the sharpness of his intellect and the insatiability of his curiosity. More than anything, Bourdain’s work always seemed grounded in a bedrock of respect — even awe — for food, people, and all parts unknown.

Anthony Bourdain lived with a hunger that was inspiring. We hope that his death will help us to comprehend for once and for all that depression is a serious medical condition that needs research, destigmatization, and treatment.

Here are some of our best memories of our friend, Anthony.

1.Anthony as a writer.

Here’s how Bourdain opened his 1999 New Yorker article, “Don’t Eat Before Reading This,” when he was still a cultural unknown. The piece propelled him to publish “Kitchen Confidential” in 2000, the beginnings of Bourdain as a household name. You can almost taste his writing. 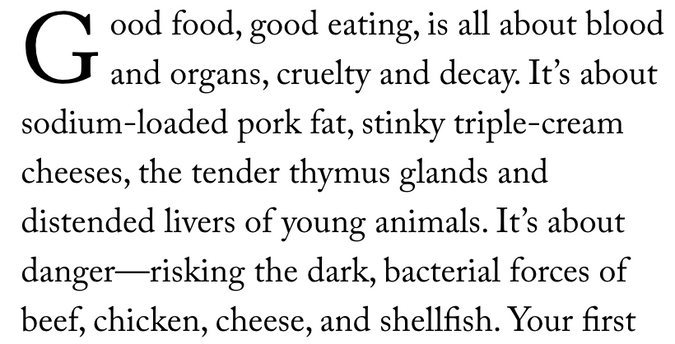 Anthony Bourdain for the New Yorker, 1999. Image by New Yorker

Bourdain was raised, in his words, “without religion” — his father, Pierre, was a lapsed Catholic, and his mother, Gladys, a non-observant Jew. When Bourdain travelled to Jerusalem in 2013 for his TV show “Parts Unknown,” he made this observation:

I’ve never been in a synagogue. I don’t believe in a higher power. But that doesn’t make me any less Jewish, I don’t think.

Could any rabbi have said it better?

Bourdain went on to do a brilliantly nuanced look at Israeli culture and politics through food. He speculated on walls, on borders, on the omnipresence of anti-Semitism even in his life as an ambiguous Jew. He ate a lot of falafel.

“One can be forgiven for thinking,” mused Bourdain, “when you see how similar they are, the two peoples, both of them cook with pride, eat with passion, love their kids, love the land in which they live or the land they dream of returning to, who live so close, who are locked in such an intimate, if deadly embrace, might somehow, some day, figure out how to live with each other.” Then he laughed and apologized for being “mushy.”

We defer to this outstanding compilation of Bourdain’s funniest, most thoughtful quotes. One of our very favorites is this:

You have to be a romantic to invest yourself, your money, and your time in cheese.

4.Anthony as an ally.

Particularly in the last year of his life, Bourdain was the consummate ally. He reckoned with the #MeToo movement on the Daily Show in January. “I came out of a brutal, oppressive business that was historically unfriendly to women,” he said. “I knew a lot of women, it turned out, who had stories about their experiences – about people I knew – who did not feel I was the sort of person they could confide in.” Bourdain’s partner, Asia Argento, has been one of the most outspoken stars on the topic of Harvey Weinstein, and Bourdain was one of her loudest supporters.

In an interview with Slate in October, Bourdain reflected painfully on his perceived failure to support women chefs: “What is wrong with me?” he wondered. “What have I, how have I presented myself in such a way as to not give confidence, or why was I not the sort of person people would see as a natural ally here? So I started looking at that.” Bourdain became virulently outspoken about Weinstein and about sexual assault.

Can we use the word “rapist” now? #Weinstein

In a New Yorker profile in February 2017, Bourdain’s success is almost too big to fit on the page — we find him juggling invitations from the Obama administration to meet the then-president on his travels with conducting his hit TV show. Bourdain moves through these events with a sense of wonder, placing Vietnamese street food and and culture on the foreground of the interaction. Bourdain worked to dismantle food classism — in the same article he called multi-course tasting menus “over” and marvels over local ethnic foods instead.

As we’re experiencing an ethnic cleansing in this country, Anthony Bourdain was a rare food world white guy who used his voice to uplift the critical yet often ivisibilized role of Mexicans & Latinx in general in the back of the house of so many US restaurants. Rest easy my dude.

We’ll say goodbye in the Schmooziest way we know: With a series of GIFs.