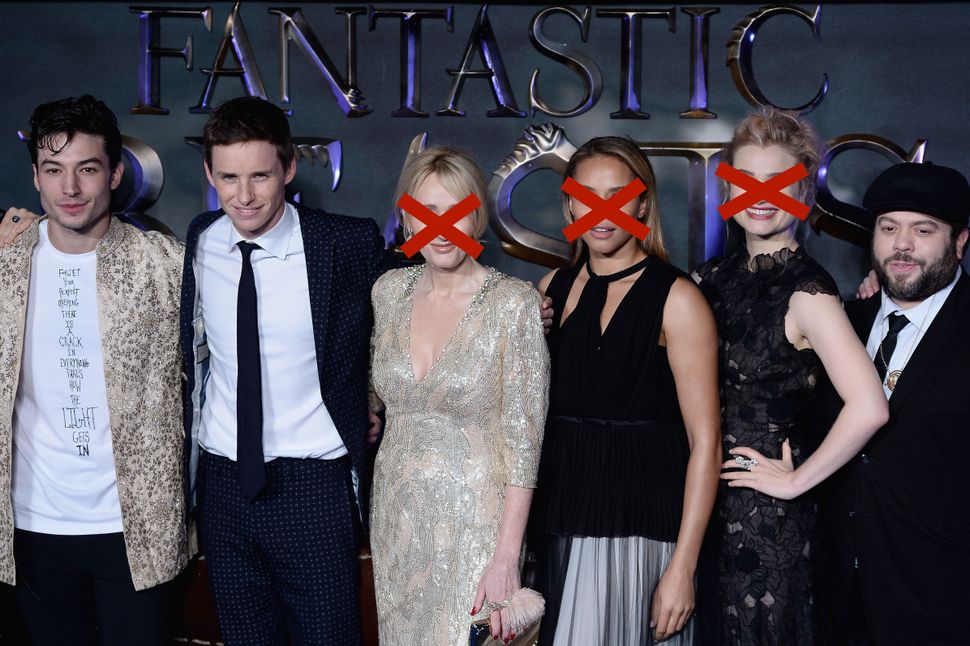 A five-part “Harry Potter” movie spinoff based on a fictional textbook that JK Rowling wrote for charity in 2001 is something nobody asked for.

The five-movie series that began with “Fantastic Beasts And Where To Find Them” in 2016 released a trailer for its follow-up, “Fantastic Beasts: The Crimes of Grindelwald,” out November 16, on Tuesday. And to add insult to the injurious use of the controversial Johnny Depp in the title role, the trailer features scant female characters and even fewer female speakers. Magical!

The final trailer for the blustery, blockbuster-y movie, goes like this:

First we have Newt Scamander (Eddie Redmayne, in the running for least-compelling-person-to-anchor-a-franchise) and Dumbledore (Jude Law) chatting about safe houses. Then Grindelwald monologuing. Then — a woman. Nope, she’s a snake. Ah yes, the old snake-in-a-woman’s-body-switcheroo. Women are snakes, heh heh!

And finally, credits — exclusively men, except for JK Rowling.

Even in a “fantasy” movie trailer, women get about 9% of the dialogue — all of which they say to men, about men — and a heavy association with snakes. Rowling, who’s not exactly afraid of writing major female characters, penned the movie — so we suspect the responsibility for this slug-vomit-inducing trailer lies with the otherwise entirely male list of producers, male director, and male editor.

The patronus-colored lining here is that at least we didn’t have to pay $18 plus popcorn money to see women cry, perform emotional labor for men, and turn into snakes in the movie that is singlehandedly responsible for working to pull Johnny Depp out of debt.