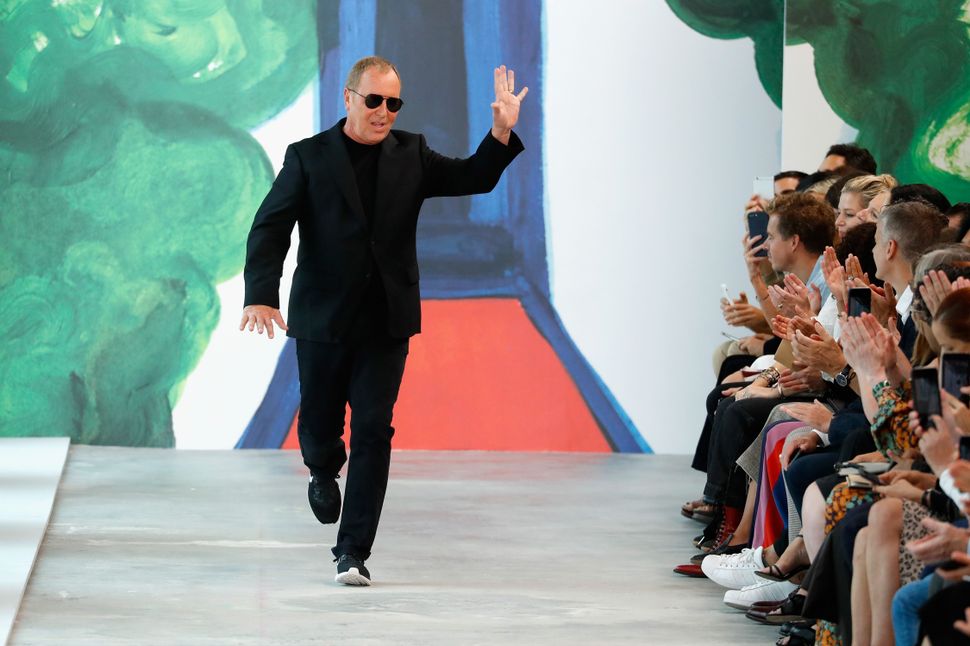 Just a few weeks ago at NYFW, Michael Kors’ showcased a collection full of tropical prints and leisurely silhouettes. The models who walked the runway in the Jewish fashion designer’s latest summertime assemblage looked like they were vacationing out in Bora Bora.

But for the 59-year-old fashion mogul, his retirement-esque designs are not reminiscent of his luxury brand’s current state of affairs. Yesterday, in a shocking reveal, Michael Kors Holdings LTD announced that they were acquiring Versace for around $2.1 billion and renaming the group to Capri Holdings Limited. Which, evidently, was named after the glamorous island in Italy. Not only is Kors not slowing down, he’s just getting started.

Versace lovers, don’t fret! Donatella Versace will stay on as creative director of the house and will also be a shareholder in the new group with her daughter and brother. “This demonstrates our belief in the long-term success of Versace and commitment to this new global fashion luxury group,” the iconic Italian fashion designer said in a statement. After Kors’ bought luxury brand Jimmy Choo, this acquisition marks the second of its kind in the last year.

If Kors, whose company also owns Jimmy Choo, continues purchasing luxury brands at this rate, his company could rival fashion conglomerates like LVMH and Kering. Kors’ Jewish mother — whose modeling career exposed her son to the apparel industry at an early age — clearly did something very right. If there’s anyone that deserves to retire, it’s her.