12 Uplifting RBG Quotes To Get You Through Today 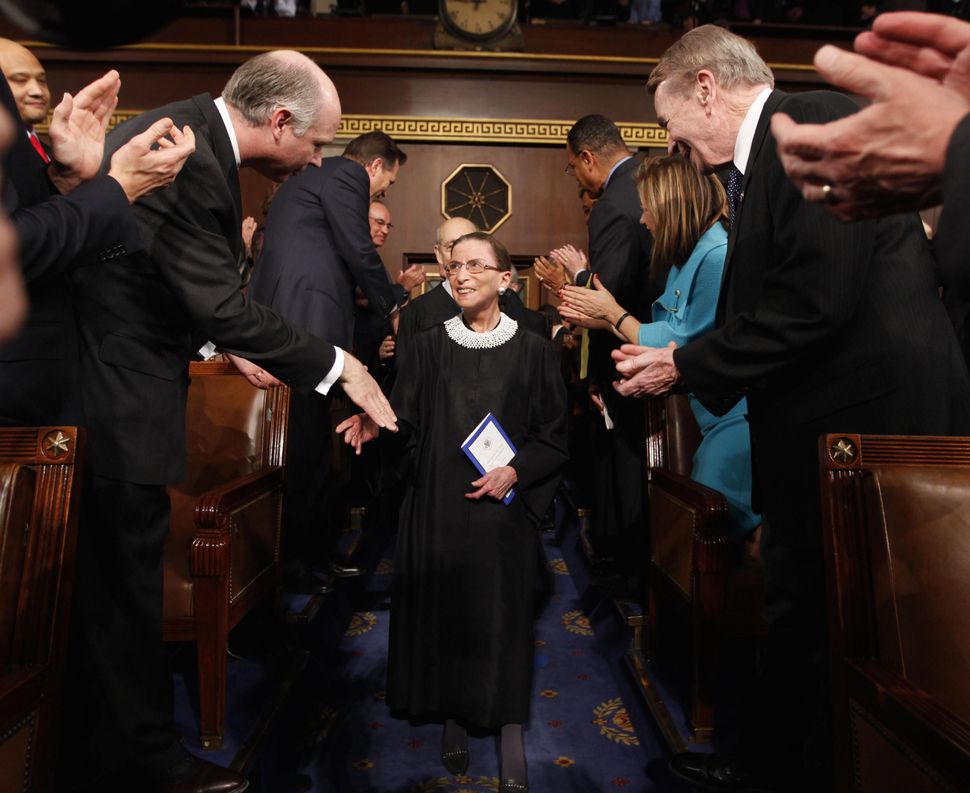 We turn now to the words of Associate Justice of the Supreme Court of the United States Ruth Bader Ginsburg, or The Notorious RBG.

On the necessity of social justice movements:

“You can imagine how exhilarating it was for me when the women’s movement came alive in the late 60s and it became possible to do something about all that. Before then, you were talking to the wind.”

-From an interview with ABC News Correspondent Lynn Sherr in 2000

On the sanctity of coming forward with your truth:

–To Bloomberg in 2015, referring to LGBT individuals

“Most men of that age, they could understand race discrimination, but sex discrimination? They thought of themselves as good fathers and as good husbands.”

“I’m sometimes asked when will there be enough [women on the Supreme Court.] And I say ‘When there are nine.’ People are shocked. But there’d been nine men, and nobody’s ever raised a question about that.”

On the place of women:

On showing up despite undergoing cancer treatments and being presumed on the brink of death by Kentucky Republican Jim Bunning:

“I also wanted them to see I was alive and well, contrary to that senator who said I’d be dead within nine months.”

On the endurance of of harassment:

“Every woman of my vintage knows what sexual harassment is, although we didn’t have a name for it.”

-In an interview with NPR’s Nina Totenberg in 2018

Love this quote from Ruth Bader Ginsburg – why it’s so important to have varied perspectives at the table https://t.co/aWqw719JRO pic.twitter.com/QhjFZJpHY4

-In an interview with Bloomberg in 2015

On enshrining equality in law:

“I remain an advocate of the equal rights amendment, I will tell you, for this reason: Because I have a daughter and a granddaughter, and I would like the legislature of this country and of all the states to stand up and say, ‘We know what that history was in the 19th century, and we want to make a clarion call that women and men are equal before the law, just as every modern human rights document in the world does since 1970.’”

-At her 1993 Senate confirmation hearings

On the right to one’s own body:

-At her 1993 Senate confirmation hearings

On the vital necessity of representation:

“Now Kagan is on my left, and Sotomayor is on my right. So we look like we’re really part of the court and we’re here to stay. Also, both of them are very active in oral arguments. They’re not shrinking violets. It’s very good for the schoolchildren who parade in and out of the court to see.”

On dealing with setbacks:

“I’m dejected, but only momentarily, when I can’t get the fifth vote for something I think is very important. But then you go on to the next challenge and you give it your all. You know that these important issues are not going to go away. They are going to come back again and again. There’ll be another time, another day.”

-From an interview with ABC News Correspondent Lynn Sherr in 2000

12 Uplifting RBG Quotes To Get You Through Today