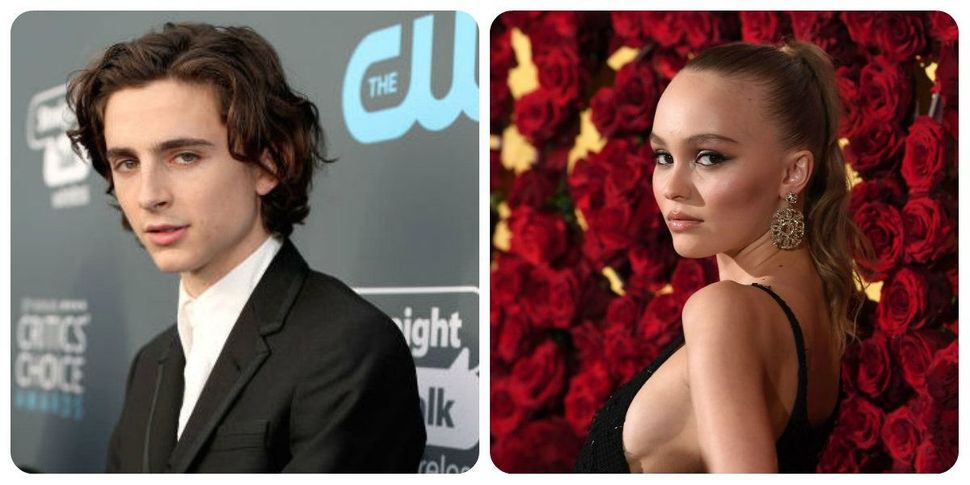 Two human wisps of cigarette smoke, Timothée Chalamet and Lily-Rose Depp, have been seen canoodling on the streets of New York City.

The girl named after two flowers and the boy named after the sound a tissue makes when you pull it out of a box recently wrapped shooting their Netflix movie “The King.” The buzzy David Michôd film is a drama inspired by Shakespeare’s “Henry IV ” in which Chalamet plays Prince Hal, and Depp his half-sister Princess Catherine. The two were spotted by numerous outlets and amateur paparazzi in Manhattan’s East Village on Monday, cradling each others’ seashell-sized ribcages.

Chalamet, of course, is a 22-year-old Thomas Lawrence painting brought to life who careened into the public consciousness last year with his role in the Oscar-winning “Call Me By Your Name.” Depp is a lissome 19-year-old actress and model, thus far most famous for being the progeny of Johnny Depp and Vanessa Paradis.

The maybe-couple, looking like they’d weigh in at about 90 pounds if they pooled their resources, was seen trundling around the NYU area, stopping in a trendy coffee shop called Mud and strolling through Central Park. We will stop just short of quoting eye witness reports in Us Weekly about for how long, exactly, the two kissed.

But we will say, to the detractors who think a venerable Jewish publication shouldn’t be lowing ourselves to teenybopper gossip, that as long as Chalamet is emerging as one of the great Jewish artists of his generation, his joys are our joys and his business is our business — within reason. We don’t know much about Depp, but we do know that most Americans would go on a date with a single one of Chalamet’s twee mustache hairs, so she’s a lucky girl. May they treat each others’ bird bones gently.