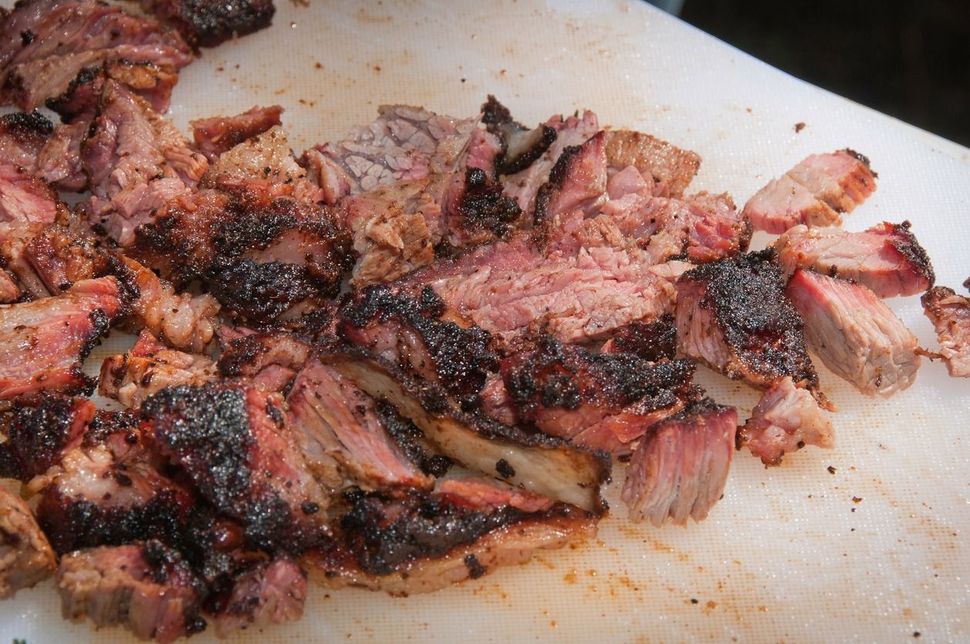 At the 11th hour, a delivery of homemade brisket by Rob Silver and his son to a meeting of Canadian authorities helped cinch the new NAFTA deal, the Financial Post reports.

Silver is married to Katie Telford, chief of staff to Canadian Prime Minister Justin Trudeau. Silver, whom the Post called a “public affairs consultant” describes himself as a “local unemployed man and mediocre fantasy baseball player.” Humble balabusta Silver is jobless after leaving his position as a strategist at the government relations firm he co-founded when Telford was appointed Trudeau’s chief of staff. “I’m immensely proud of her and want to do everything I possibly can do to make sure she is successful,” Silver said at the time, explaining that he was vacating his job to avoid a conflict of interest.

Silver and young George Telford-Silver — whom Telford describes as “raging feminist,” per this profile — apparently arrived at a tense scene in the Canadian Prime Minister’s office on Saturday. High-ranking officials had been shut up in offices negotiating the North American Trade deals. They were stressed out and hungry — and then Silver and his sous-chef arrived bearing a home-cooked meal.

Was “Jewish style” brisket. No kugel.

“Everybody was pretty happy about having something real, rather than running out and getting coffee and donuts,” David MacNaughton, the Canadian ambassador to the United States, told the Post.

The next day, NAFTA had become USMCA — the United States-Mexico-Canada Agreement — and all parties were satisfied (if not equally-well nourished). Brisket to the rescue.

We have reached out to Silver but have yet to hear back. He is likely busy making celebration kneidlach.