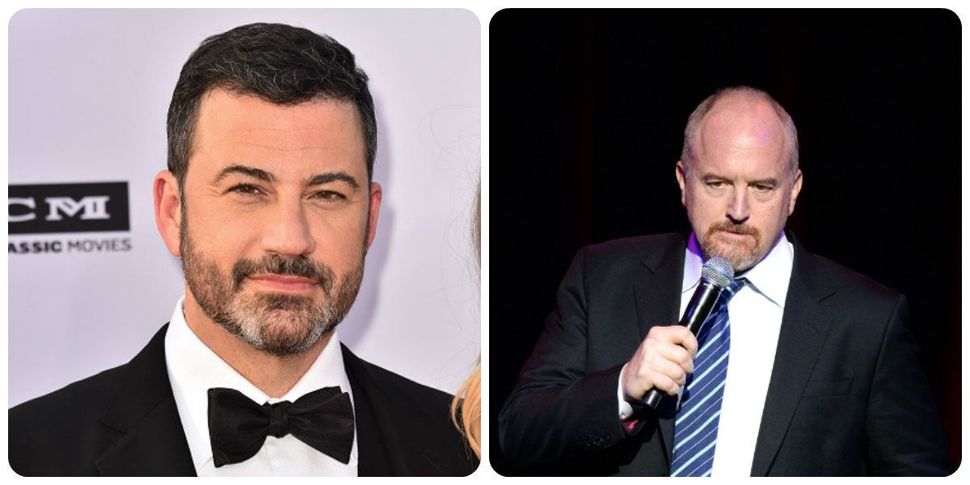 The #MeToo movement needs the well-intentioned rich as badly as any other movement. So it gives us no pleasure to call them out! But Jimmy Kimmel, a mostly-nice-guy if there ever was one, gave a masterclass on Wednesday on how to pay lip-service to the idea of eradicating sexual harassment while subtly undermining efforts to do so.

In an interview with Kimmel in The Hollywood Reporter about the comedian’s plans to open a comedy club under his name in Las Vegas, reporter Lacey Rose asked him if recent controversial appearances by Louis C.K. at New York City’s Comedy Cellar will influence the way he thinks about which comedians will go onstage at his club. His answer encapsulates everything wrong with the way male allies relate to the #MeToo movement — though Kimmel has been outspokenly pro-#MeToo, he is unable or unwilling to observe that its underlying causes are a broken system, not a few bad apples.

First joking that “sanitizing every comedian” would lead to an empty stage, Kimmel then goes on to say, “Ultimately, the audience decides whether someone is welcomed back.” This is a pretty bald abnegation of responsibility from someone who plans to put his name permanently on a marquee — Kimmel will literally decide which comedians to welcome to his venue, not to mention that tastemakers like Kimmel dictate to audiences from massive platforms.

When Rose pushes back, asking if Kimmel plans to represent female comedians in his lineup, he responds:

Oh babe! What a thing to say, especially for a star of late night — a genre that boasts approximately one major female host.

And let’s just set this straight:

Very few things in the world are true meritocracies. But within comedy, Jimmy Kimmel is hardly an example of someone whose gut-busting jokes have thrust him into fame. Kimmel’s whole schtick is that he’s a palatable nice white guy with a little bit of an edge. Let’s look at his trajectory — the son of an IBM executive, his earliest big breaks was a TV show he developed for Comedy Central with Adam Carolla and Daniel Kellison called “The Man Show.” These days Kimmel’s defense of “The Man Show” is that it was satire — there really is no other way to explain 117 episodes of men joking about taking away women’s suffrage, guessing women’s weights, and fantasizing about topless women congregating in homeless shelters. Next they made a Comedy Central show called “Crank Yankers.” Then, he was tapped for “Jimmy Kimmel Live!”

A meritocracy at its best! The women who pursued comedy until they were sexually harassed by Louis C.K. and shunned by the comedic establishment simply couldn’t handle all that democracy. If only we could turn back the clock so they could write jokes about topless homeless women.

Now, we’ve been harsh on Jimmy, who generally seems like such a friendly guy. So we’ll concede the point — he does provide a lot of work for actors, regardless of the color of their skin. Look at this sketch he wrote for a black comedian! No, wait, that’s Kimmel in blackface, doing a racist bit about athletes: