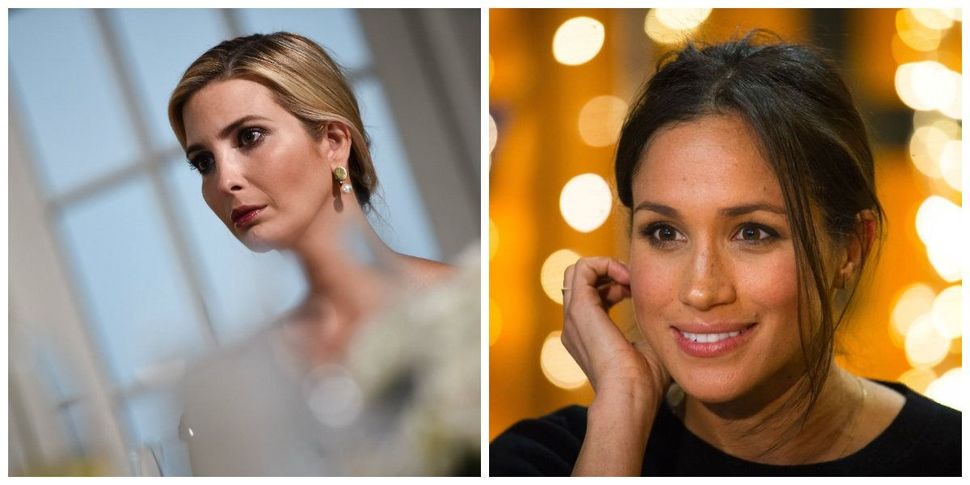 Back when Meghan Markle was simply known to the public as Rachel Zane from “Suits,” rather than her current title — Duchess of Sussex and wife of the impishly charming Prince Harry — she revered Ivanka Trump.

Andrew Morton, a biographer who covered the former actress in “Meghan: A Hollywood Princess,” explains that Meghan “idolized” Ivanka Trump and even devoted a post solely to celebrating the blonde socialite in her now-discontinued blog, The Tig. At the time, she lauded Trump’s successes, from her picture-perfect lifestyle to her unyielding sense of ambition.

In his tell-all book, Andrew Morton quotes that article, which unabashedly raves about Ivanka, “Don’t get me started on her jewelry collection: the late-night ‘window shopping’ I have done on my computer, snuggled up in my bed with a glass of wine, staring longingly at the beautiful designs”.

Markle went on about the spectacular glamor of Trump’s life, which she clearly felt made Trump the ideal woman: “And there are the shows, the home collection, the clothing and the natural extension of her brand with a kids’ collection — a smart choice given that she is now a proud mama,” Markle writes.

The two women made plans to meet up for drinks, as Markle reportedly detailed in her adoring post. “When we have drinks, I will make sure I order whatever she does — because this woman seems to have the formula for success (and happiness) down pat.”

Times change. People do, too.

Markle, the hopeful embodiment of a rags to riches narrative, seems to have changed her tune after the world watched in amazement as self-proclaimed feminist Ivanka Trump campaigned with her father throughout his contentious road to the presidency.

Markle publicly bashed President Trump’s antagonistic approach to women on “The Nightly Show With Larry Wilmore” in 2016, saying “Yes of course Trump is divisive. Think about female voters alone, right? I think it was in 2012 the Republican party lost the female vote by 12 points; that is a huge number and with as misogynistic as Trump is, and so vocal about it, that is a huge chunk of it.”

She continued, “You’re not just voting for a woman if it’s Hillary because she’s a woman, but certainly because Trump has made it easy to see that you don’t really want that kind of world that he’s painting.”

Obviously she did not want that kind of world, hence the change of address to England. And we doubt she’s mourning her friendship with the first daughter — luckily for Meghan, she’s got a royal husband to grab drinks with instead.