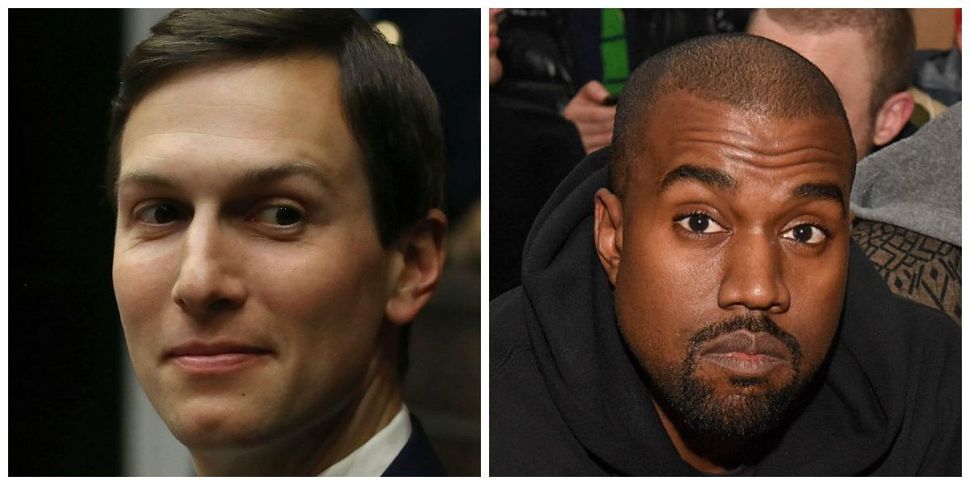 If you like human rights, order, ethical government, and a future that looks peaceful and prosperous, America in 2018 is just not for you.

But if you like ceaseless, high-stakes DRAMA, you’re in exactly the right place.

The New York Times reported that chaotic rapper and celebrity fixture Kanye West will meet with President Donald Trump and his son-in-law, advisor Jared Kushner, on Thursday at the White House.

To quote Mr. West, “Pardon, I’m getting my scream on.”

Americans who voted for Trump (and those who didn’t) may not have been aware quite how much sway West and his wife Kim Kardashian-West would have in domestic policy-making. Kardashian-West has met with the President twice, including in May to discuss prison reform on behalf of Alice Johnson, a Tennessee woman serving a lifelong sentence for a non-violent drug-related crime. Shortly after their meeting, Johnson’s sentence was commuted. West met with Trump in 2016 prior to his inauguration, and West has continued, with erratic fervor, to support the president including as the musical guest on Saturday Night Live this month, when he delivered a fevered speech praising Trump. while wearing a Maga hat. Though the speech was given after the show stopped airing live, footage was captured and shared online, after which West tweeted a call for the abolishment of the 13th amendment, which ended legal slavery.

Much, of course, has been made of the fact that the American president is a former game show host. But zooming out, Thursday’s meeting really will be between that former host, his son-in-law who is also heir to a crime-riddled New Jersey real estate empire, and an apparently spiraling rapper-cum-producer-cum-fashion-designer-cum-reality=star-cum-politico, whose wife, a social influencer and reality star who rose on the wings of a sex tape, has held similar meetings. Drain the swamp and you’ll find the Monster, as they say.

The timing of US Ambassador to the UN Nikki Haley’s sudden departure with West’s visit to the White House has some joking that West may be appointed to the now empty position. The Times learned from a person who was briefed on West’s visit that West “wanted to discuss the availability of job opportunities for former convicts.” They added, “He also hopes to discuss with Mr. Trump how to increase the number of manufacturing jobs in the Chicago area.” White House spokesperson Sarah Huckabee Sanders confirmed to CNN that the meeting will take place and will include, in addition to the former topics, “prison reform, how to prevent gang violence and reducing violence in Chicago.”

Kushner’s workload includes the US criminal justice system, but it also includes, prominently, Israel, a place important to West and Kardashian. Could that be a topic of focus? Only in a Jewish pop-culture journalist’s dreams, probably — West’s rant on Saturday Night Live focused on refuting accusations of Trump’s racism and reflections on black masculinity. West has also written about his points of commonality with Trump — “We are both dragon energy. He is my brother,” he tweeted in April 2018.

The meeting as a symbol of unity between the two cultural figures (and, for Trump, a symbol of his relationship with black men), seems most likely. But Kushner’s presence suggests that real policy is being considered.

All in all, we hope the cast members at Saturday Night Live are getting a lot of sleep this week. And while they’re planning celebrity guests for this week’s cast…perhaps Taylor Swift as Ivanka Trump would do?