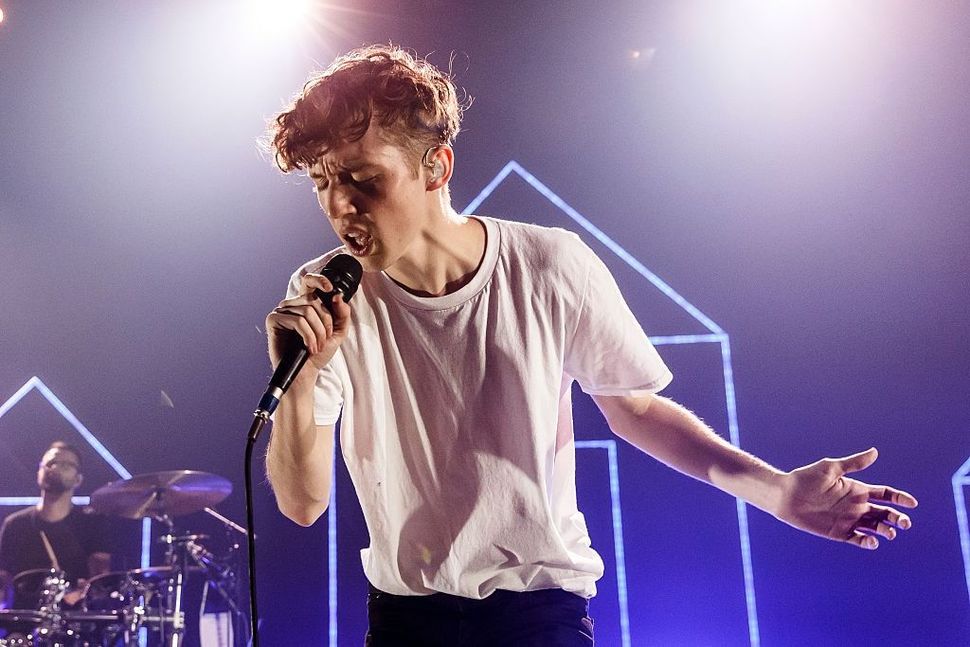 My My My! as the kids say. We’re quite a ways away from the Hebrew month of Sivan, but that hasn’t stopped fans of Jewish pop star Troye Sivan from bringing some summer loving to the dark days of Fall.

Two Jewish men took the stage at Radio City Music Hall in New York City on Tuesday night, and, as the crowd cheered, one dropped to his knee and proposed marriage. Australian media group Don’t Bore Us reports that before the man took out the ring, he shouted, “Hey, I’m Jewish and I’m gay and I want to propose to my boyfriend at Radio City!’ one of the men repeatedly shouted, as the crowd cheered.

Sivan, a twee powerhouse who as a modern Orthodox child growing up in Australia ventured into entertainment first via YouTube, has emerged as an LGBT demi-icon. Not only outspoken about his gayness, Sivan’s queer sexuality is on display in his music and his performances. During his concert in Manhattan he stood aside, glowing in a grasshopper-colored suit, as the two men, both in kippot, embraced.

“Mazal tov!” he cried at the end of the proposal, to the explosive cheers of the audience.