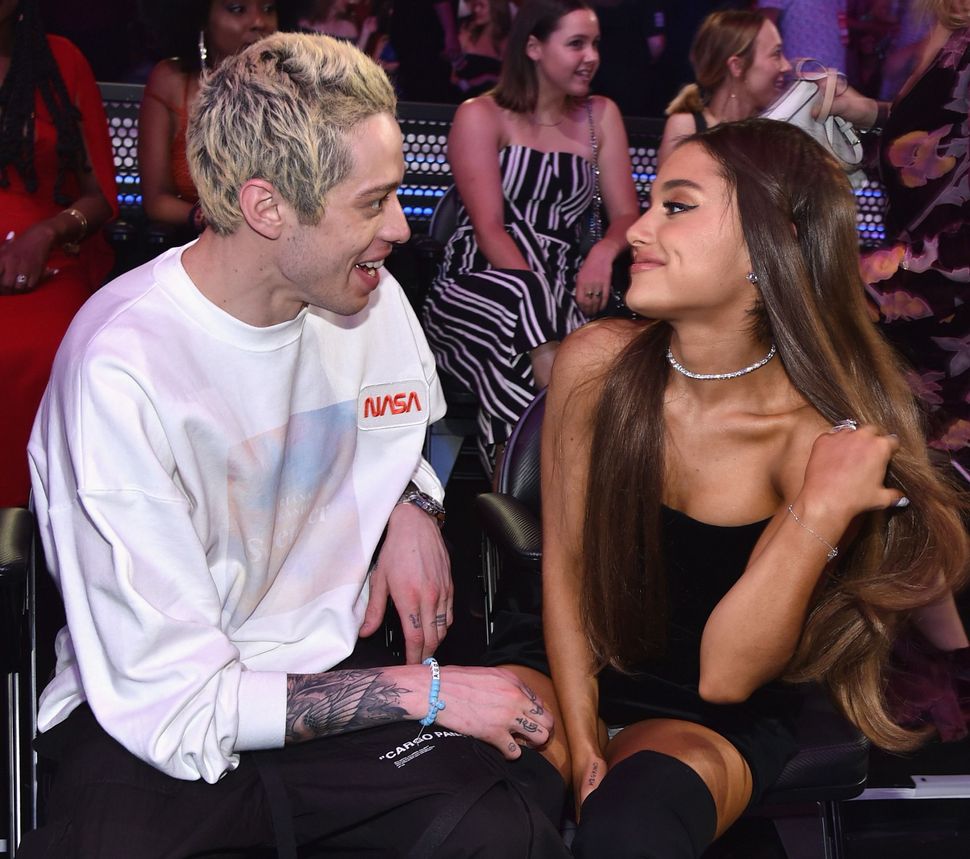 Are you there, god? It’s me, a big fan of Pete and Ariana. Image by Getty Images

The love that made one thousand men say, “Hey! Maybe I don’t have to try so hard!” may be over.

Pop mega-star Ariana Grande and Saturday Night Live comic Pete Davidson have broken up, TMZ reports. People has also reported the news, quoting an anonymous source who says, “It was too much too soon.” (For those who don’t compulsively follow every ponytail swish and spontaneous tattoo in celebrities’ lives, TMZ is actually a formidable source with an eerily strong record of accuracy.)

The veracity of the report is bolstered by the fact that Grande canceled a performance on Saturday — her first scheduled since the tragic death of her ex-boyfriend, rapper Mac Miller. Grande’s agent, Scooter Braun, arranged for “Daily Show” host Trevor Noah to do a set instead. The normally voluble-on-social-media Grande hasn’t tweeted since October 8, and her last Instagram post shows the couple’s pig (Piggy Smalls) and is dated to Friday. Davidson doesn’t have a twitter, and his recently re-instated Instagram appears to have been deleted.

But enough of this stuff and nonsense! Two of the most beautiful, most troubled-seeming, softest-skinned-looking individuals are (reportedly!) in great pain. We genuinely pray for the emotional and physical well being of both stars, and also selfishly hope that this heartbreak leads each of them to new heights of R&B glory, standup success, and piglet ownership.

Join us, alas, on our final (reportedly!) scene of their star-crossed love:

A glooming global warming-y weather this news with it brings.
The sun, for sorrow, will not show his head.
Go hence, to have more talk of these sad things.
Take heart that both shall continue to be rich and belov’d,
For never was a story of more drama
Than this of Pete and his Ariana.