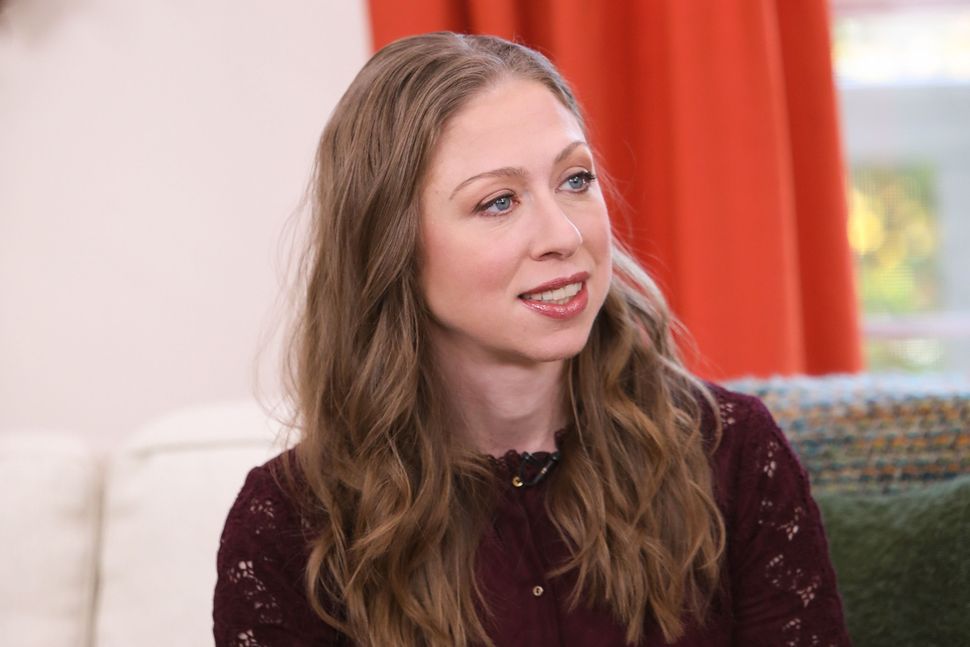 Chelsea Clinton has spoken: on the topic of termites, Jews are not a fitting comparison. It’s a low bar, but we all got here together. Clinton spoke up on Twitter in defense of Jews in response to a video of Louis Farrkhan speaking at a recent rally in which he seems to compare Jews to termites.

Speaking in Detroit on October 14th on the 23rd anniversary of the Million Man March, Farrakhan said, “To the members of the Jewish community that don’t like me — thank you very much for putting my name all over the planet…I’m not mad at you, ‘cuz you’re so stupid,” he exclaimed, to cheers. “Call me an anti-Semite? Stop it! I’m anti-termite.” He captioned the clip on Twitter, “I’m not an anti-Semite. I’m anti-Termite.”

Farrakhan, evidently, doesn’t hate all Jews, just the ones who multiply, colonize territory and land, and have to be regularly exterminated. And while you scratch your head on that one (careful of any of your Jew-lice,) recall that Farrakhan is a noted anti-Semite who has called Jews “the synagogue of Satan” and accused us of both controlling the government and damning the country to hell. He’s also an enthusiastic homophobe and hater of transgender people, with a strong sexist streak to round him out. Bentley Addison explains the painful complications of Farrakhan’s legacy here.

On Wednesday, former first-daughter Chelsea Clinton noted Farrakhan’s hateful language, noting the comparison to President Trump’s choice of “infest” to describe immigrants (which Aviya Kushner noted for the Forward is a linguistic trick used by Nasis.) Don’t sleep on her riposte, the turn of phrase, “makes my skin crawl.”

Thanks, Chels! With Jewish first daughter and presidential advisor Ivanka Trump in the White House and the Jewish-adjacent Clinton outside, we are burrowing our way towards that delicious wood desk in the Oval Office even now.

Just in from a @Twitter spokesperson: Louis Farrakhan’s tweet comparing Jews to termites is not in violation of the company’s policies. The policy on dehumanizing language has not yet been implemented.

So if you want to compare Jews to rats/insects – get it in while you can!