Ivanka And Jared Celebrate Their Wedding Anniversary On Twitter 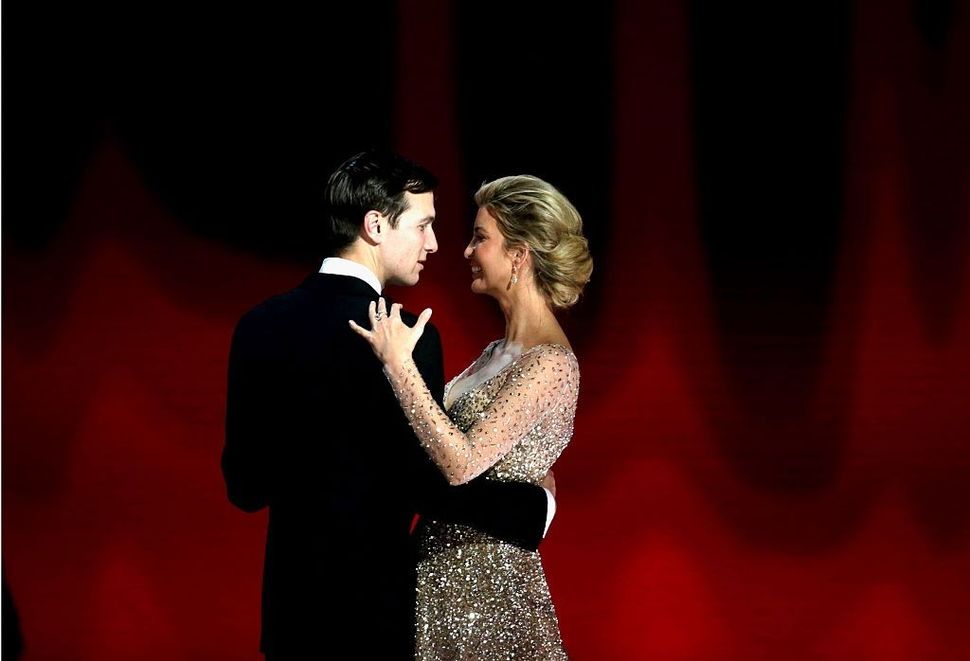 Jared and Ivanka in 2016 Image by Getty Images

Ah, 2009 — a simpler time. “Slumdog Millionaire” won best picture. The Obamacare bill passed in the Senate. Swine flu sped silently around the globe. And the marriage of a celebrity businessman’s daughter to a real estate princeling was barely tabloid fodder.

On October 26, 2009, People Magazine gave the wedding of Jared Kushner and Ivanka Trump a brief write-up. “Trump, 27, married Jared Kushner, 28, in a private Jewish ceremony at Trump National Golf Club in Bedminster, New Jersey, in front of 500 of their friends and family members,” the article read. Natalie Portman, Rudy Giuliani, and Andrew Cuomo were present. One was mayor, one was New York attorney general, and one was universally beloved by the Jewish people. The bride wore Vera Wang.

On Thursday, Ivanka Trump celebrated the 9th anniversary of the couple’s union. “You are my light, my love, my life!” she captioned side-by-side photos of the couple, one on their wedding day. Aesthetically, they’re within reach of perfection — Barbie and her (Ash)Ken(azi) doll. The blend of her creamy complexion, his dimples, her blonde, his skinny tie — it’s almost enough to distract from the fact that they are two of the least qualified people to ever have access to our country’s highest offices.

You are my light, my love, my life.
Happy 9th anniversary, Jared. pic.twitter.com/clX3a2rMiW

“It was a great wedding,” Donald Trump told People at the time. “I’m very happy. They’re really a beautiful, smart couple. I think you’ll hear a lot of great things from them in the years to come.”

Ivanka And Jared Celebrate Their Wedding Anniversary On Twitter