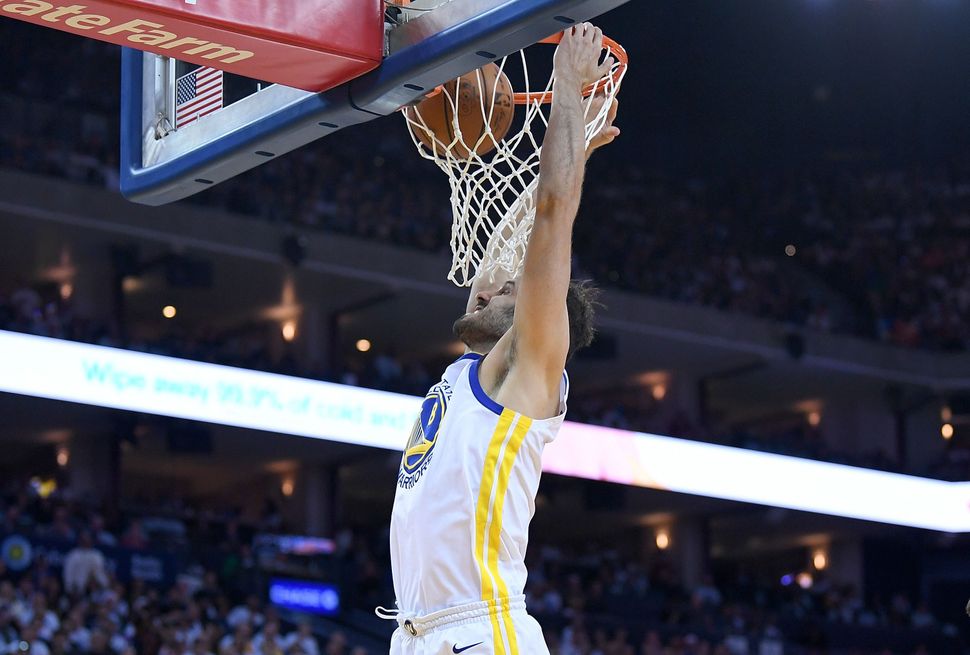 Omri Moshe Casspi is a six-foot-nine oh-so-fine Israeli athlete who has played professional basketball for nearly half his life. In his thirteen years as a professional player, he has sponsored watershed moment after watershed moment of Israeli sports achievement. On Monday night, he will be the first Israeli NBA player to receive a championship ring.

Casspi’s honor nearly didn’t happen — despite being a consistent performer for the Golden State Warriors, after sustaining an injury in 2018 he was waived by the team before they went on to win the championship. The team’s decision to give him a ring is a way of recognizing his play throughout his time on the Warriors, where he averaged 5.7 points and 3.8 rebounds in 53 games. Casspi, the first ever Israeli to be drafted in the first round of the NBA, signed with the Memphis Grizzlies in July and has been playing strong, scoring 11 points in his first game of the season.

“I enjoyed coaching Omri. He really fit our style well,” Warriors coach Steve Kerr told the San Francisco Chronicle. “He handled [getting waived] beautifully because he’s a pro, and we’re excited to see him tomorrow and give him his ring.”

Casspi is set to become the first Israeli player to receive an NBA championship ring — but don’t forget David Blatt, an Israeli who earned a ring in 2016 for coaching the Cleveland Cavaliers. Despite having been fired prior to the championship, Blatt was given a ring.