Sarah Silverman: I’m Lucky My ‘Walk Of Fame’ Star Isn’t Getting Sewn Onto My Clothing 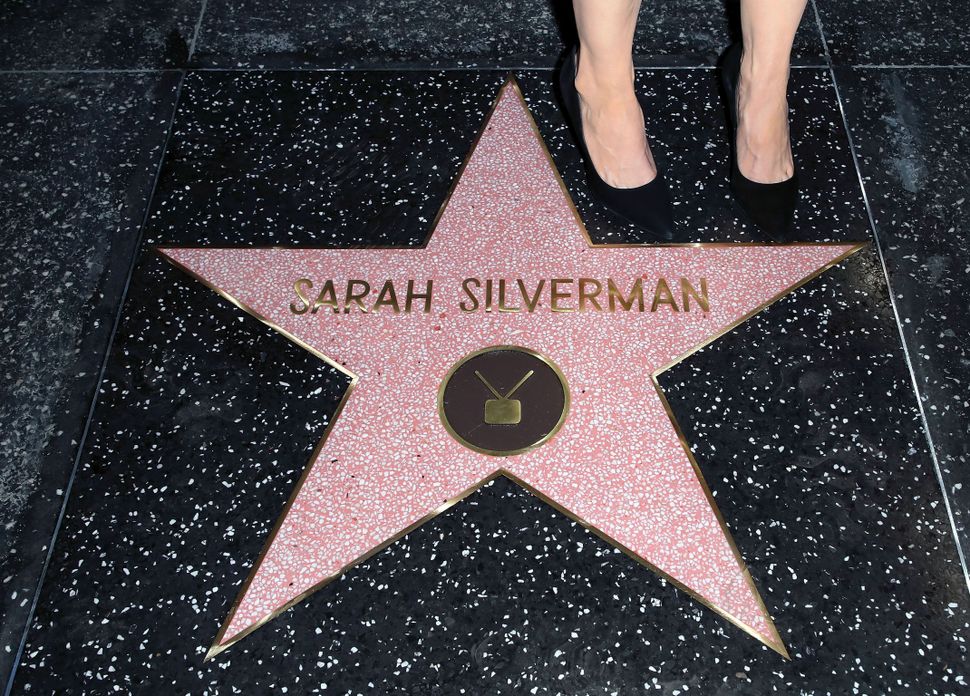 Better on the ground than on me. Image by Getty Images

It was a joke so not-nice she used it twice: Upon receiving a star on the Hollywood Walk of Fame and appearing on “Real Time with Bill Maher,” Sarah Silverman made a pitch-black joke about anti-Semitism.

“In a scary time when anti-Semitic crime is up 57% since 2016, it’s not lost on me how lucky I am to be given a star and not have to sew it into my clothing,” Silverman said during her acceptance speech at the Walk of Fame, and then later that day almost word-for-word on “Bill Maher.”

Well. Sarah Silverman may have turned away from jokes about black people killing Jesus to breaking bread with GOP-voters in an effort to spread more love in America, but she still has the edge of a Japanese chef’s knife. Silverman, whose “Walk of Fame” achievement reflects decades in the industry starring in films, sketch, TV talkshows, and standup, has become more and more investigated in the roots of anti-Semitism and all xenophobia. Her comedy and compassion have blended to made her a kind of Jew-y hate-Avenger.

In her speech, Silverman also had the entire audience shout-out to her dad and her step-mom, who were too unwell to make it to the ceremony. (“Hi Schleppy! Hi Janis! We wish you were here!” she led them in shouting.) She also threw in some surprisingly tender jokes about her mother’s death. She also spoke movingly about sharing a space on the “Walk of Fame” right next to Mr. Rogers. “Now I get to be his neighbor forever,” she said.

Both outdoors in Hollywood and in Maher’s studio, the audience gasped and groaned at Silverman’s Holocaust joke.

Sarah Silverman: I’m Lucky My ‘Walk Of Fame’ Star Isn’t Getting Sewn Onto My Clothing