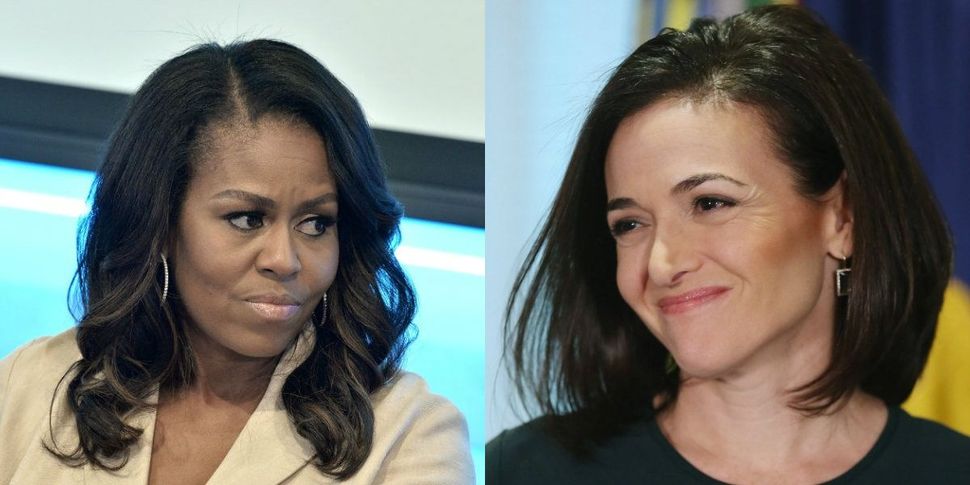 In 244 glossy pages, Sheryl Sandberg put forth this thesis in her 2013 best-seller “Lean In”: Women can overcome external and internal impediments to their own accomplishments by becoming empowered and confident.

In fifteen words, Michelle Obama responded, definitively: “It’s not always enough to lean in, because that s**t doesn’t work all the time.”

Well, there you have it.

Touring the country to promote her book “Becoming,” the former first lady spoke in Brooklyn on Saturday night about her own life, which includes a heritage of American slavery, a degree from Harvard Law School, and assent to the position of a beloved and loathed international icon.

So does Michelle Obama have it all?

Nope. “That whole ‘so you can have it all’? Nope, not at the same time,” she said, according to The Cut. “That’s a lie. And it’s not always enough to ‘lean in,’ because that s**t doesn’t work all the time.”

As the crowd exploded in response to Obama dropping a curse word, she laughed, “I forgot where I was for a moment!”

Michelle Obama doesn’t seem like a woman who ever forgets where she is — she doesn’t really have the luxury. It’s just that in this cultural moment knocking Sandberg’s ideas is fairly kosher, even for a diplomat’s diplomat like Obama.

Sandberg’s fame, enormous since the publication of “Lean In” launched her to a stratosphere not usually enjoyed by corporate management, has been in decline. After many a scandal at Facebook, where she is COO, Sandberg has been dipping in and out of hot water since the New York Times reported that she was involved in a smear of George Soros, a charge Sandberg first denied. Facebook has since put out a statement saying that Sandberg “takes full responsibility for any activity that happened on her watch.”

Perhaps Sandberg should take Obama’s advice to heart and lean out for a bit.