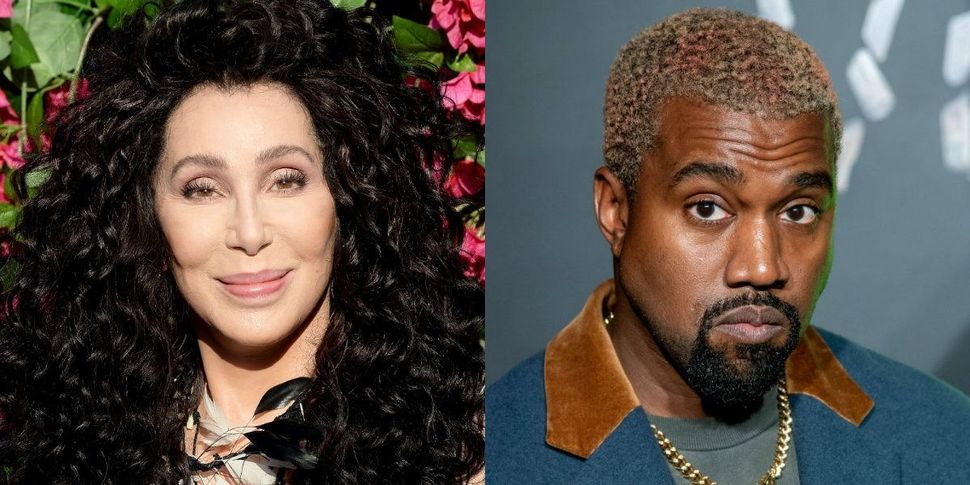 Do you believe in theater etiquette after portable cellphone technology? I feel something inside me sayin’, I really don’t think we’re strong enough.

Join us in some profound second-night of Hanukkah silliness: music mogul Kanye West and mogul-mogul Kim Kardashian attended “The Cher Show,” a new Broadway production focused on the life of singer Cher, on Monday night. West, who apparently pulled out his cell-phone during the first act, was spotted from the stage by Jewish actor Jarrod Spector, who tweeted this:

Hey @kanyewest so cool that you’re here at @TheCherShow! If you look up from your cell phone you’ll see we’re doing a show up here. It’s opening night. Kind of a big deal for us. Thanks so much.

Spector’s words echo those famously shouted by Patti Lupone from the stage when she saw a cell-phone user in her audience. Many members of the Broadway community echoed his sentiment and praised him for speaking out, though non-actors pointed out that as Spector himself was in the midst of performance when the tweet went out, its content was somewhat diluted (Spector portrays Sonny Bono.)

Yet West, who has not been one for contrition of late, issued a rather stunning apology.

the dynamics of Cher and Sonny’s relationship made Kim and I grab each other’s hand and sing “I got you babe”
please pardon my lack of etiquette. We have so much appreciation for the energy you guys put into making this master piece.

Though it does not quite explain the use of his cell phone, it does contain a gracious request for forgiveness, a compliment, and the wild explanation that West and his spouse were so transported by the power of Cher’s music in performance that they were incapable of controlling their behavior.

Not a bad review.