PETA, You Can Take Our Meat, But You Can Never Take Our Bagels 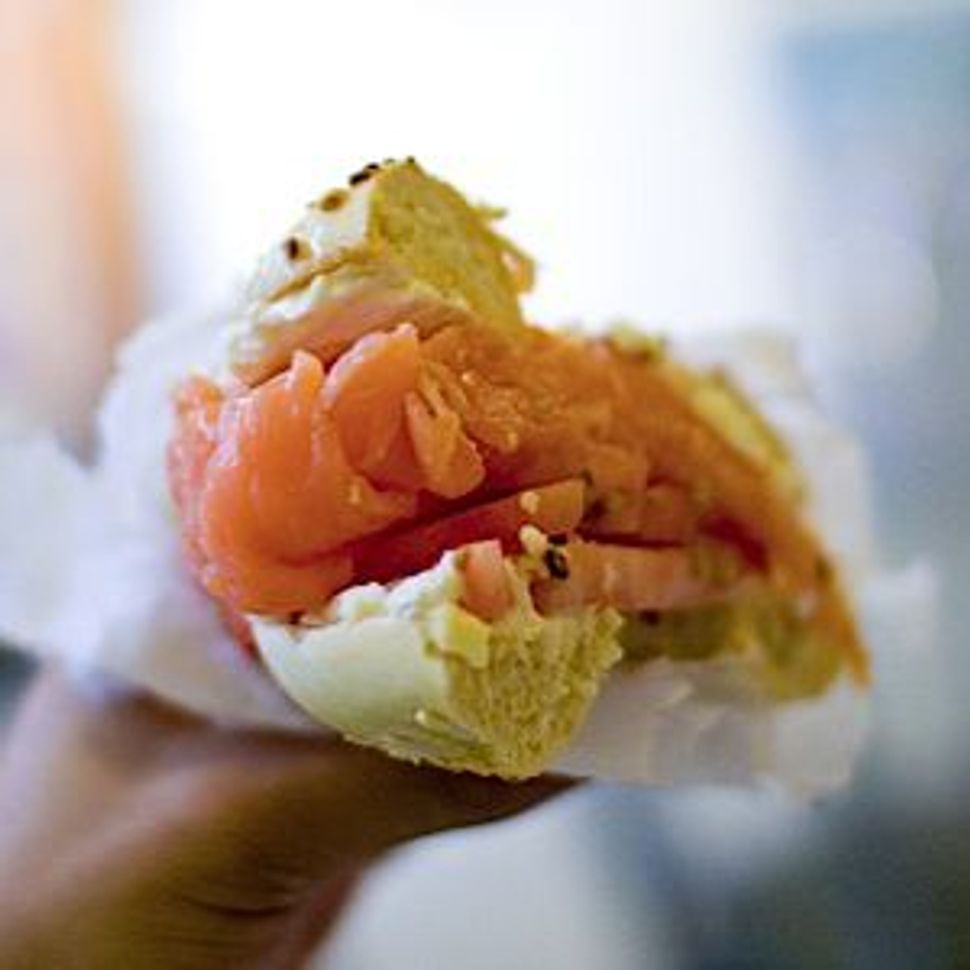 PETA has decided that bagels — arguably the most (American) Jewish food there is — have fewer rights than animals.

This is simply too far.

On Tuesday at around 4 pm, PETA made a splash on Twitter (no fish or sea creatures were harmed.) Over a simple infographic a bold headline proclaimed, “Stop Using Anti-Animal Language.” The animal welfare group proposed adjusting common idioms and phrases that could be viewed as needlessly anti-animal.

“Kill two birds with one stone,” they suggested, should be revised to be the less homicidal, more Mary Poppins-eque “feed two birds with one scone” (even though it could be argued that scones are very bad for birds and you should NOT give them bites of your scone as the butter content alone could very well kill them, too. But we digress.)

Words matter, and as our understanding of social justice evolves, our language evolves along with it. Here’s how to remove speciesism from your daily conversations. pic.twitter.com/o67EbBA7H4

“Just as it became unacceptable to use racist, homophobic, or ableist language, phrases that trivialize cruelty to animals will vanish as more people begin to appreciate animals for who they are and start ‘bringing home the bagels’ instead of the bacon,” PETA tweeted by way of explanation.

Look, we get it — language is important. The way we talk about things influences the way we think about things, which in turn affects the way people act. And considering that the mission of PETA is to end animal abuse as well as human consumption of animals, it makes sense that they’d want to make sure things like taking home bacon or killing two birds with a stone are considered things that should never ever be ok.

But dragging bagels into things? Was the bagel really the only other non-animal food that starts with a “B”? We can think of like four off the top of our heads that don’t unnecessarily malign an important Jewish cultural heritage. “Biscuit” or “broccoli” or “bean sprouts” would have all been excellent options.

Besides, as any true bagel connoisseur knows, bagels can only be eaten one way: with lox and a schmear of cream cheese, the former being derived from an animal and the latter an animal byproduct.

This bagel gambit is full of holes.

Not only did PETA decide to malign Jewish Ashkenazi heritage, they leaned into their new identity as bagel enemies. They made it their pinned tweet. They even changed their Twitter name to “PETA: Bringing Home The Bagels Since 1980.” Not only have they declared war on the dearest of Jewish foods, they have re-branded using our Jewish heritage. Have the Jewish people not suffered enough?

PETA, You Can Take Our Meat, But You Can Never Take Our Bagels