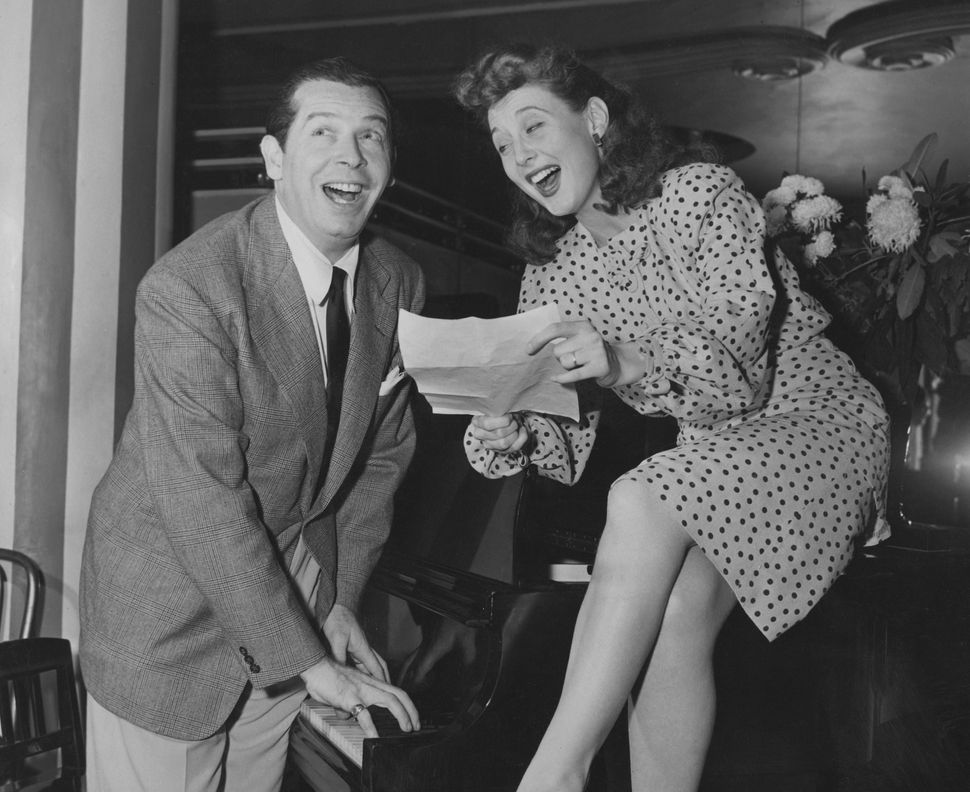 When Frank Loesser, the Jewish composer of musicals like “Guys and Dolls” wrote “Baby It’s Cold Outside” in 1944 for himself and his wife to perform at dinner parties, he labeled the two vocal parts “mouse” and “wolf.”

“Baby It’s Cold Outside,” has become a Russian doll of controversy that we take down from the shelf once a year. At first glance it’s a jazzy, flirtatious duet evocative of the holidays. A closer look at the lyrics reveals that the female speaker is making attempt after attempt at leaving, as the male singer hungrily traps her, including, it seems, with a laced drink — perhaps with the intent of date rape.

A closer look suggests that within the cultural context of the 40’s, the decade in which it was written, the song is a winking look at how women found ways to spend time with lovers in spite of social constraints. And lining up all those arguments next to each other, it seems that regardless of what the context may have been over half a century ago, modern listeners will hear in the song the message — when women say “no,” they mean “yes.”

This year, the song has been banned from many radio stations. Loesser’s daughter, who believes banning the song is misguided, blames Bill Cosby for recent objections to the song.

But before “Baby It’s Cold Outside” became the center of an annual controversy, it was parlor entertainment that Loesser and his wife Lynn Garland dished out in the late evenings as a farewell for guests. Garland played the “mouse,” singing lines like “the answer is no,” and apparently trying to leave her male companion and make her way home. Loesser played the “wolf,” who slips the “mouse” a suspicious drink, and tells her, “don’t hold out” as he counters her every attempt to leave.

So let me get this straight:
“A Christmas Story” is offensive bc of a “bullying” scene.
They won’t play “Baby It’s Cold Outside” because it “implies rape”
AND
Rudolph the Red Nose Reindeer features “bullying and sexism”
? just when I think u sensitive sissy asses can’t get worse

But in 1948, after the couple divorced, Loesser sold the song’s rights to MGM. The studio used the duet in the 1949 film “Neptune’s Daughter,” winning the Academy Award for best original song. That first public outing of the wintry call-and-response song won it the notice that led it to be covered countlessly, by artists ranging from Dean Martin to Lady Gaga.

And in that first commercial rendition, the song is originally performed with a woman, Esther Williams, as the mouse, and a man, Ricardo Montalbán, as the wolf. But the scene switches halfway through to reveal a secondary couple — actress Betty Garrett sings the rest of the song as the wolf, to Red Skelton’s mouse.

Here’s the original scene featuring “Baby It’s Cold Outside,” with a gender reversal at 2:27.

You can see here why “Baby It’s Cold Outside” has been such a flint for fiery opinions — both scenes are ambiguous. But to the modern eye (or to this viewer’s modern eye), the first scene is bad and the second scene is worse. In both scenes, it’s unclear whether the “mouse” really wants to escape or not. But only when the mouse is a man is his escape attempt treated as a joke.