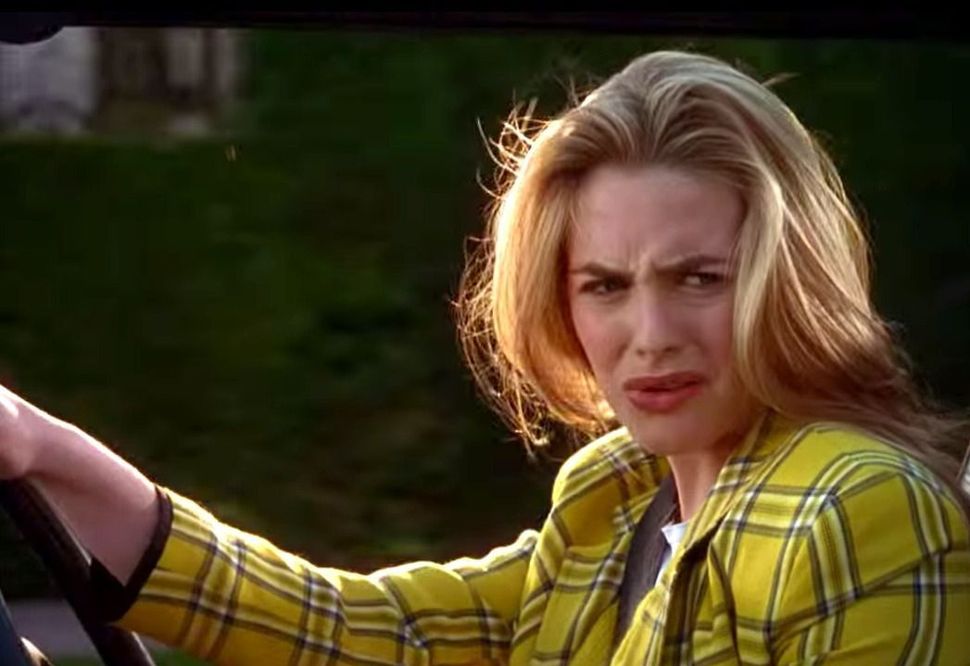 Cher Horowitz, the universal ‘90s icon for spunky tweens, has just wrecked our Jewish childhood dreams. Amy Herckerling, the film’s director, revealed to JTA that Cher Horowitz is not Jewish.

Cher Horowitz, played by Alicia Silverstone, is the leading character of the film that amassed a cult-like following; her name sounds so overtly Jewish that it pains us to hear that Heckerling did not create Cher’s character with Jewish roots in mind. “I wasn’t thinking in terms of this being a Jewish story,” Heckerling said. The director had a different goal in mind for “Clueless”: “I was taking the plot of Jane Austen’s ‘Emma’ and translating it into that world.”

Despite the character Cher’s lack of Jewish connection, the film has plenty of Jewish influences. Heckerling herself is Jewish, and Alicia Silverstone, the actress that played Cher in “Clueless” and is undoubtedly responsible for making plaid cool again, is Jewish as well. Silverstone is openly proud of her Jewish identity, as her father was born Jewish and her mother converted to the religion.

The name Cher Horowitz was extemporized by Wallace Shawn, who plays a teacher in “Clueless.” Wallace Shawn is also Jewish, and he came up with the catchy Jewish-sounding designation for the film’s star during a scene where he was taking attendance in the classroom.

Heckerling explained that character and writing inspiration often stems from one’s surroundings. “In my mind, you’re always writing versions of people you know, and to me it felt like I was writing about the daughters of people in show business in L.A.”