Celebrities Are Doing A Diet Based On A Torah Passage 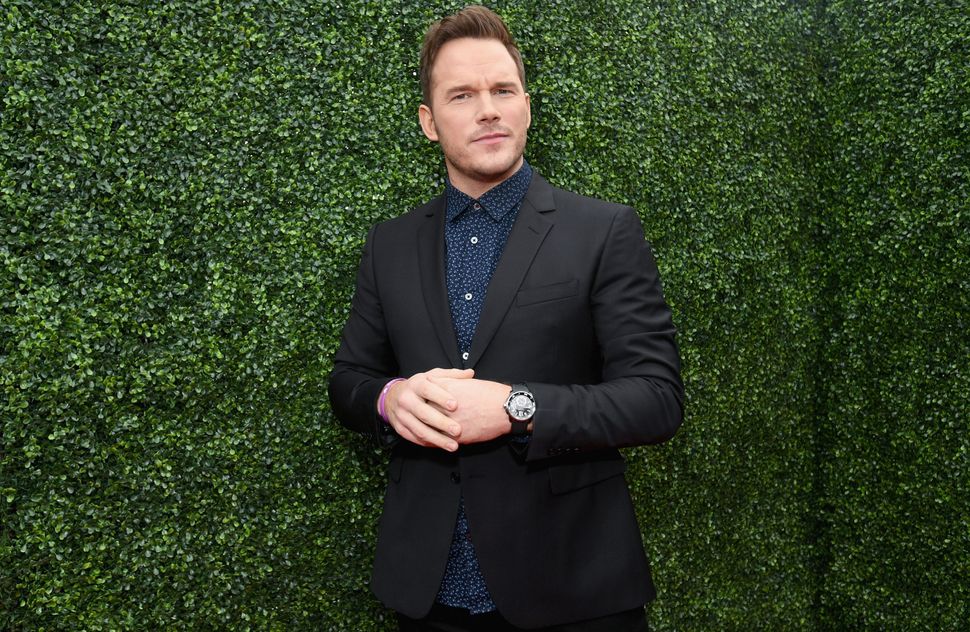 Film and TV star Chris Pratt announced that he will be going on “the Daniel Fast,” a 21-day partial fast based on a passage in the Book of Daniel, which originates in the “Writings” section of the Hebrew Bible.

Pratt, a religious Christian beloved for his starring turns on “Parks And Recreation” and in “Guardians Of The Galaxy” shared via his Instagram story that he has been following the diet. “Hi, Chris Pratt here. Day three of the Daniel Fast, check it out, it’s 21 days of prayer and fasting,” he said, adding, “It’s going to coincide also, coincidentally, with the ‘Lego Movie 2’ junket, so by the time you see me I’ll probably be hallucinating.”

Here is the plot of the opening of the Book Of Daniel, from which the idea of this “fast” is derived:

The Babylonian King Nebuchadnezer takes over ancient Israel and destroys the Temple (historically, the Jews prefer our Temples not destroyed.) His first move as ruler is to make a kind of guy gang — he gets a crew of four top-notch teens with the intention of essentially force-assimilating them by changing their names to things like Beltashazzar and making them speed-read in Chaldean for three years until they’re caught up with the culture.

Daniel, the Justin Timberlake of the group, goes to the guard of the boyband prison and asks for permission not to eat the fancy food and wine they’re being served because he doesn’t want to associate with the king.

The guard says, “I don’t mind, but if the king comes back and you look peaky he’ll literally kill me.” Daniel asks — and here’s the important part — to be allowed to eat “just legumes and water” for ten days, on a trial basis. The guard says yes, and after a week Dan & Co. are looking less Tim Chalamet and more Armie Hammer, so they’re allowed to keep up the diet until the end of the three years, by which time God has made them especially good at Chaldean and has given Daniel the skill of dream interpretation.

You: “The Daniel Fast”

Me (an intellectual): “The Belteshazzar Fast”

Daniel asks to eat only water and things that are min-hazeroim. This literally means “from the vegetables.” JPS translates it as “legumes.” Brown-Driver-Briggs calls it “from vegetables,” or “from the thing that is sown.”

But the list of the things you can eat on the “Daniel Fast” includes, besides vegetables and many other things, pasta, rice, tofu, popcorn, and peanut butter. You could have a lot of Mexican food on this diet. This isn’t a fast! A fast is when you can’t eat and you lay down on the ground until a gray-haired shammas stabs you with her cane and says “Remember you’re in shul young lady!”

The “Daniel Fast” is, at best, a fast-and-loose approach to Sephardi Passover.

Listen — I wasn’t there, but I think Daniel was not slurping pasta aglio e olio in between reading the The New Chaldean. He was not popping coconut oil popcorn on his study breaks. He was not waking up and treating the guards to an avocado-topped breakfast skillet with caramelized mushrooms.

And where does the 21 days thing come from? In the text they do it for ten days, and then keep it up for just under three years.

The pasta from “Chef” is fair game on the “Daniel Fast”

And why would this diet cause anyone to starve to the point of hallucination? Especially a multi-millionaire whose needs will be tended to by a coterie of assistants including, almost certainly, a private chef?

And has the line between spiritual growth and weight-loss ever been thinner? (hah.)

And why do they call it a “Daniel Fast” when it is not a fast and “Daniel Diet” was right there!?

And why has this issue brought up for this vegetarian Jew such deep-seated resentment and aggression towards what is no doubt a perfectly lovely spiritual tradition? Why do I find questions bubbling up like — why is it okay for a religion to appropriate another’s entire religious text and then make up quasi-spiritual weight loss programs from them? Does any of this have to do with my misgivings over skipping out on the first “Lego Movie”?

Wishing an easy and meaningful fast to Pratt and anyone else following the “Daniel Fast” this year. Come Passover, I will almost certainly be eating some chocolate-crusted, caramel-coated deliciousness that absolutely nobody carried out of Egypt.

Celebrities Are Doing A Diet Based On A Torah Passage