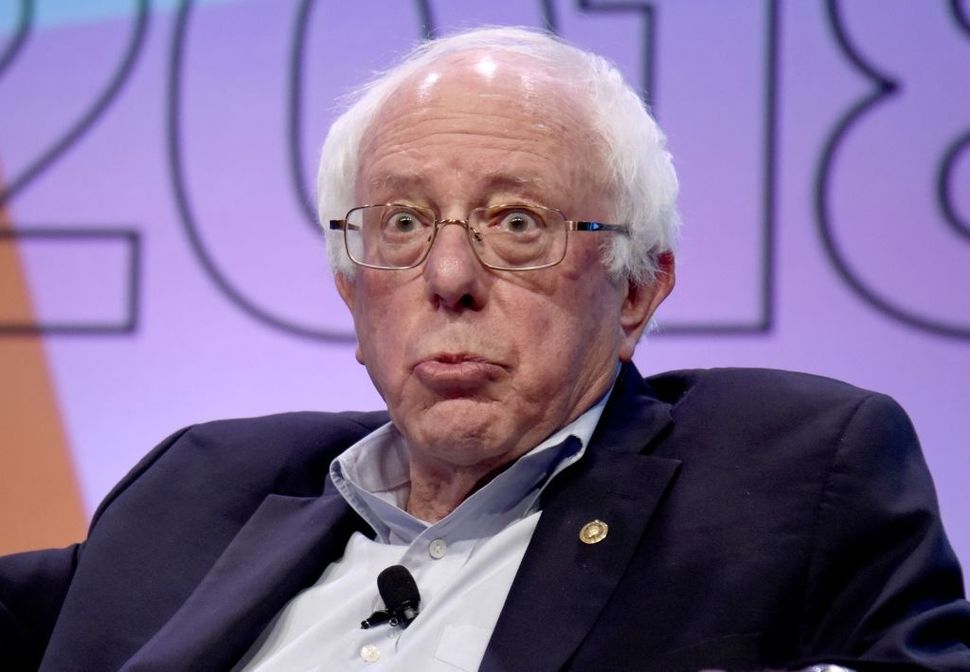 Bernie Sanders had a relaxing honeymoon, it seems Image by Getty Images

Na Zdorovye and welcome to another round of Attempted Smear of Political Candidate Via Videos Of Their Youth Only Serves To Make Candidate More Appealing.

Forget dancing queen AOC or bangin’ Beto or even that unsettling video of teenage Ted Cruz plotting world domination — this grainy footage of a topless, hammered Bernie Sanders singing “This Land Is Your Land” in the Soviet Union blows them all out of the political shark-filled water.

Travis Justin, a Navy veteran and leader of “Draft Beto 2020,” a group that is urging Texas representative Beto O’Rourke to seek presidential election, shared the video, captioning it, “Recently discovered footage from 1988 reveals a shirtless Bernie Sanders with his wife, Jane, on their honeymoon in the USSR, drunkenly singing ‘This Land Is Your Land’ with a group of presumed Soviets,” Justin captioned the clip, which was surfaced by another Sanders detractor on Twitter.

Justin has since deleted the tweet, and clarified to the Forward, “I shared that user’s video as an individual, not as a part of my association with Draft Beto. Draft Beto has a strict policy against negativity towards other Democrats and sharing the video was perceived as negative by some. I have since deleted the post.” He added, “Draft Beto strongly supports candidates singing, whether it be in a punk rock band, karaoke, or shirtless if they choose.”

NEW: Recently discovered footage from 1988 reveals a shirtless Bernie Sanders with his wife, Jane, on their honeymoon in the USSR, drunkenly signing “This Land Is Your Land” with a group of presumed Soviets.

It’s true that in 1988 Bernie and Jane Sanders spent time in the Soviet Union immediately after their wedding, but Sanders was the mayor of Burlington at the time, and the trip, to Burlington’s Soviet sister city, Yaroslavl, was a part of his official duties. Sanders wrote openly about it in his memoir, jokingly referring to it as a “honeymoon.”

The video, which somewhat hilariously features a shirtless Sanders belting out the lyrics to the Woody Guthrie classic with a table of apparent locals, does look like a good time. But, as Leonid Bershidsky wrote in Bloomberg of the alleged “honeymoon,” which was brought up during the 2016 primary debates to suggest that Sanders has Communist affiliations, the Soviet Union in 1988 was “hardly a place for an admirer of Communism to find comfort.”

So we will instead have to take comfort, or not, in this possible 2020 candidate’s body acceptance, formidable glasses game, and willingness to reach across the table and break bread (or vodka) with people who are a different.

Next up, Twitter, we request footage of Howard Schultz getting schnapps-drunk at his kid’s Bat Mitzvah and singing “Sunrise, Sunset.”

Editor’s note, February 1, 3:33 p.m.: An earlier version of this article stated that Travis Justin was the first person to share this video. In fact, he was re-sharing a video originally posted by another Twitter user. Additionally, the article has been updated to include a quote from Justin.