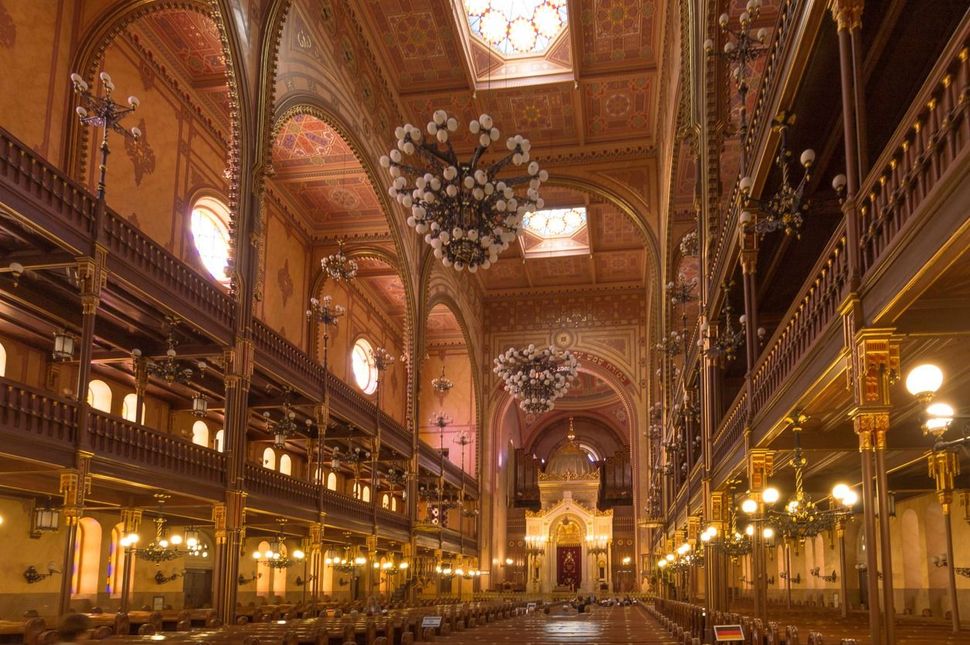 The Great Synagogue in Budapest, Hungary Image by iStock

A Pew study has good news for Jews in pews and dues-paying Hebrews — going to synagogue, or regularly engaging with any religious community, really does make you happier.

New analysis from the Pew Research Center found that “regular participation in a religious community” was linked to greater happiness for people in the US and in many other countries. “More than one-third of actively religious U.S. adults (36%) describe themselves as very happy,” Pew reports, “compared with just a quarter of both inactive and unaffiliated Americans.” Of the 25 countries studied, there were no examples where actively religious people were significantly less happy than inactive or unaffiliated people.

People who are “religiously active,” analysis showed, are happier. The parameters used for “active” were monthly service attendance and identification with a religious group — a low bar, friends! But affiliation alone, analysts found, won’t do it. Apparently, your brain chemistry knows whether you’ve joined your synagogue choir or just liked a Sarah Silverman tweet.

Researchers acknowledge that this correlation does not prove that religious participation makes people happy. “In the U.S., 58% of actively religious adults say they are also active in at least one other (nonreligious) kind of voluntary organization, including charity groups, sports clubs or labor unions. Only about half of all inactively religious adults (51%) and fewer than half of the unaffiliated (39%) say the same,” according to the research. This could suggest that religious activity inspires higher levels of communal involvement, which combined promotes happiness. Or it could just mean that happy people who are highly involved in their communities also turn to religion as an outlet. Actively religious people are also more likely to vote in elections — 69% of religiously active Americans say they vote in every national election, versus 49% of unaffiliated Americans.

In reflecting on the study, researchers pointed out that earlier research, which confirmed that religiously affiliated people tend to be happier, found that only people who form relationships within their communities get the happiness benefit. So greet someone standing alone at a kiddush this week! Or, better yet, chat them up about a Pew Research Study.