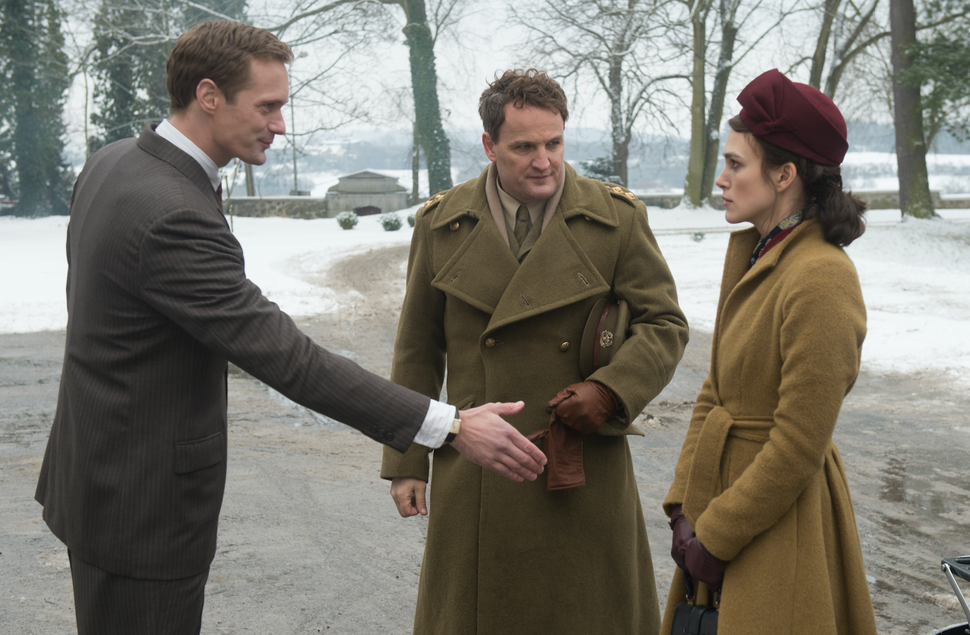 If two people are hot and white enough, can we get past the fact that one of them is a Nazi-bystander and just enjoy watching them have sex?

Yes! A trailer for the movie “The Aftermath” emphatically answers.

Based on the book of the same title by Rhidian Brook, “The Aftermath” follows the true story of Brook’s grandfather in Hamburg, Germany in the fallout of the Second World War. A British colonel is given a requisitioned Hamburg mansion to use as a home base while he works to set the fire bombed city to rights. Soft of heart — Hamburg was known as the “Hiroshima” of Germany; bombing had left bodies bleeding in the streets — he allows the German mansion owner and the owner’s daughter to stay and cohabitate with him and his wife and son.

This is where Brook’s novel and movie (he penned the script, for director Ridley Scott) differ from history. In this story, Rachael (Keira Knightley,) the Colonel’s wife, and German mansion-dweller Herr Lubert, (Alexander Skarsgård,) simply have too much sexual chemistry to be kept back by marriage vows or cultural allegiance or, say, whether or not one of them might be a war criminal. They seduce each other, falling into bed faster than you can say, “Hey, what did you do to retain an enormous mansion full of servants during Hitler’s war?”

Knightley’s character lost a child in the German bombing, while Alexander Skarsgård, her gauntly beautiful opposite, lost his wife to British bombings. But the important thing is that neither of them are Jews or blacks or queers or Roma, and neither has a disability, so they can still get nasty and stay pure.

Are people really so different? The book and movie ask. Is good really that different than bad? Can’t we all just get along, even members of the opposite sides of a war, so long as we are cream-colored and smooth?

Brooks’ book rarely mentions Jews, camps, or victims of genocide, and all mentions of such un-lovely topics come from the mouth of an alcoholic thief, who is “exotic [and] unEnglish-looking.” What are the 55,000 people who died at Neuengamme, the concentration camp just outside Hamburg, compared to the perfect facial symmetry of Alexander Skarsgård?

There’s no doubt that a movie that looks at the humanity of Germans trying to recover from World War II could be a worthy effort. But probably not one that aims to be, as Bustle called “The Aftermath,” “The sexiest movie of the year.”