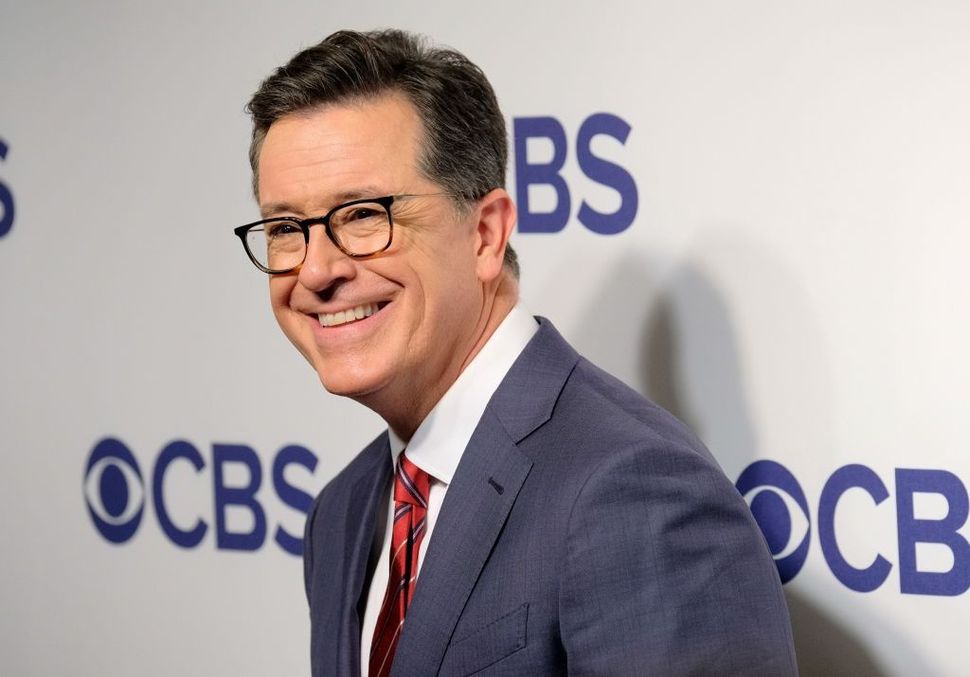 What’s the difference between Donald Trump and a bar mitzvah boy?

A bar mitzvah boy has studied, worked hard, and is finally mature enough to be treated as a man.

On Monday night on “The Late Show,” the ever-affable Stephen Colbert gave the comic treatment to President Trump’s declaration of national emergency. Breaking down the President’s Friday Rose Garden announcement, which was rather full of tangents about Syria, chairs, the Nobel Prize, and Anne Coulter, Colbert said, “After five minutes of clumsy crisis foreplay, he ambled up to the idea of an emergency.”

Explaining his decision to declare a national emergency, Trump said, “I didn’t need to do this, but I’d rather do it much faster.”

This, Colbert pointed out, is akin to calling an ambulance to take you to the movies when Uber wait times are too long.

Here is a segment of Trump’s vision of the future, as he explained it in the Rose Garden:

“A little sing-song! Don’t you think!” Colbert said, mimicking the President’s tone. “I can’t tell if he was answering a question or reading his Torah portion.”

It’s not the most incisive critique, when you consider the goldmine of potential bar mitzvah-related comedy. But Colbert is halfway to the truth — Trump sounds a little like a Torah reader, but he sounds almost exactly like a person saying the Haftarah blessing.

And now, listen to this:

We’ll give Trump this Jewish cultural moment — he’s spot on.