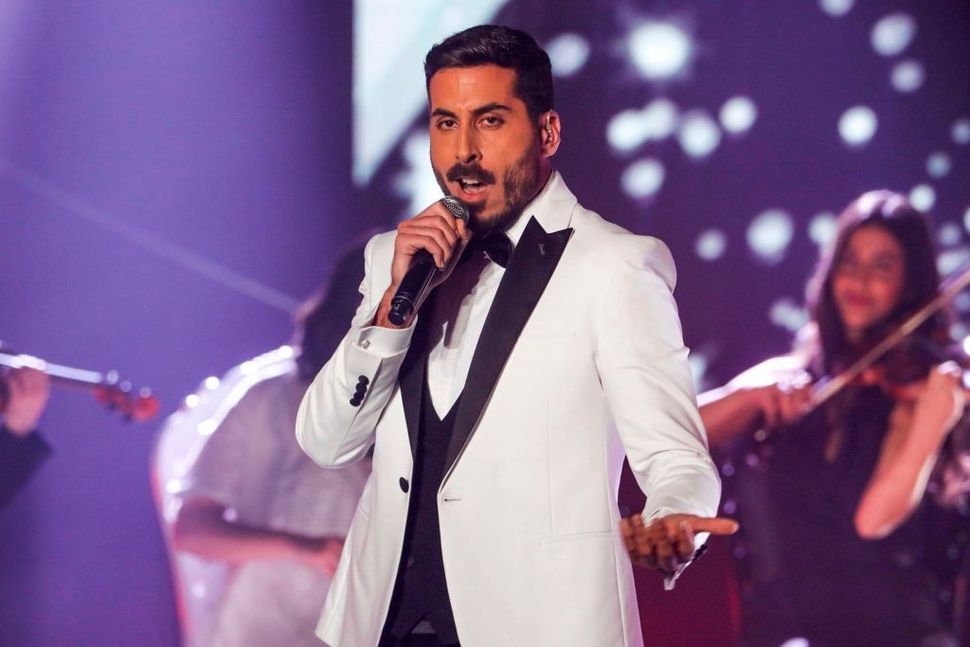 If you are a fan of Josh Groban’s music could be just a little more emotional, you may love this year’s Eurovision entry from the state of Israel, a song called “Home,” by Ohad Shargai and Inbar Weitzman.

The ballad, which makes use of “Let It Go”-style piano, shivering cymbals, and breathy harmonies, is performed by 27-year-old Kobi Marimi, the winner of Israel’s “The Rising Star” and, as such, the country’s Eurovision representative. In an entirely black and white music video for the song, released on Sunday, the talented Marimi has the self-serious panache of a Vegas magician. He will perform the vague belter this May at the competition hosted by Israel.

“Home” is, in every way, the opposite of last year’s “Toy,” which, performed by Netta Barzilai, made Israel champion. Like most Eurovision songs (including last year’s winner) the lyrics make little sense. “Caught up in this moment ‘til my heartbeat stops/I’ve been running barefoot to the mountain tops/ Nothing comes as easy as it goes/I can hug the water when it snows,” the song begins, sounding for all the world like it was written by someone who gave up English Duolingo after a few days.

In “Home,” Shargai and Weitzman examine the well-trod idea that having found love and acceptance in another person feels like being at home. Something about the tirade of cliches — “I feel the sun upon my skin!” “Counting down the minutes from the ticking clock!” “I am standing tall not giving in” — suggest that they are the only ones the songwriters know.

This, too, is sad — while last year’s “Toy” used both English and Hebrew, this song has contains a single Hebrew phrase. Plus, Israel is rather famously, not just a land, but a homeland. It’s odd to hear an Israeli Eurovision song with “home” in the title that seems so ambiguous. Is Marimi supposed to be singing about a person, or a land, or just singing random phrases he’s heard in American pop songs?