Is It Even Purim If You Haven’t.. 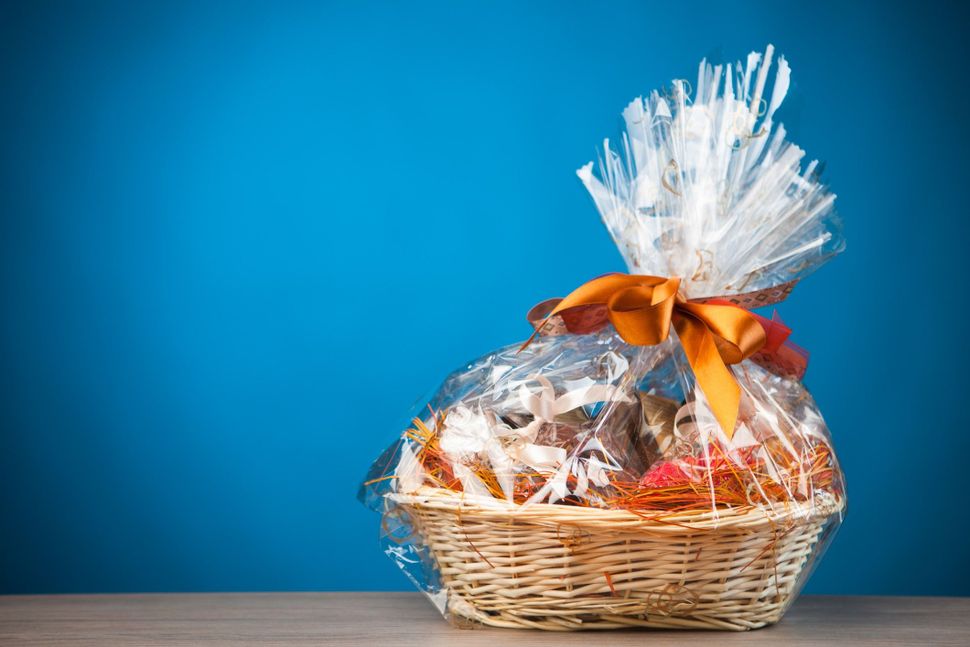 A gift basket. Image by iStock 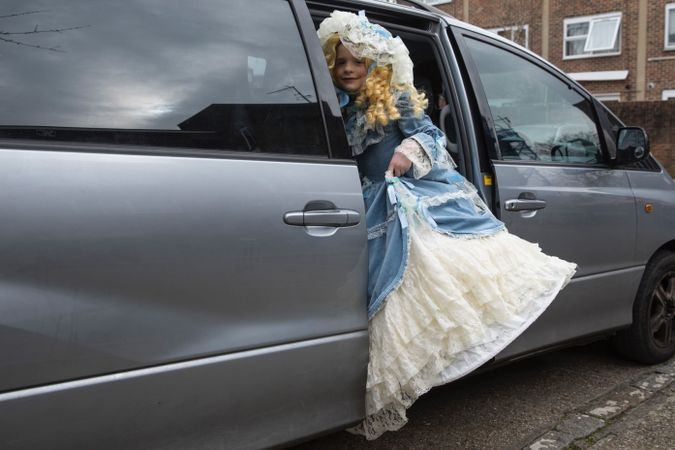 A Jewish girl in costume heads off to give gifts (mishloach manot) to friends during the holiday of Purim in London, 2017. Image by Getty Images

Awkwardly closed a web page, like a teenager whose parent is hovering, at the sight of the unexpected search results to “Adult alien costume.” Seriously, when did extra-terrestrial become a fetish?

Argued with a tiny human to try to convince them they really want to be part of the family dressing up theme. I know that Zach is going to be Batman, but wouldn’t it be fun to be Bart Simpson, sweetie? What? You’ve never seen The Simpsons? Well that doesn’t matter, I already bought a blue Marge wig…

Tried to guess who is likely to bring round Mishloach Manot so that you can accurately guess how many you need to buy. Well, the Freidman’s always come after their seudah, so we can rip the tag off of one of the rejects and regift by that point… What? I definitely don’t do that. I love filling the cupboards with snacks we don’t eat a month before Pesach, don’t you?

Attempted making one of the following types of hamentaschen: Savory: BBQ Brisket, Maple Facon, Pizza, Goats Cheese and Spinach,… The recipe groups are overflowing like a dress rehearsal for the four cups of wine. Do you think we should tell them that it’s just a triangular boreka, guys? Hipster: You know what I’m talking about, you hamentaschen heathens, you. Too good for us Poppy Puritans or Jolly Jelly lovers, you feel the need to re-invent the pastry wheel with Toffee popcorn or Smores (clearly a lag b’omer flavor, but whatever.) #bahhumbug

Complained about having to hear megillah twice. And if you’re a woman, asked someone why you’re obligated to hear it in the first place. Isn’t this one of those time-bound thingies? Funny how none of us cry ‘time-bound’ when it comes to Purim Seuda, eh? Pass the roast potatoes.

Flirted with cultural appropriation. “We’re doing an Indian theme, so I’m looking for those red things that Indians put on their head? Or should I just use marker pen? Plus, I need an Indian main course for seuda cause we all hate curry. And can I just take a vote on how many people would enjoy getting onion bhaji and poppadum for their Mishloach Manot? Oh, and if anyone has any ideas for Indian music to play during the meal that would be great, TIA!” Just stop short of asking your Indian neighbors to borrow a couple of saris.

Asked someone what the rules are for Mishloach Manot and Matanot L’Evyonim. Is it two things, to two people? Or two coins, to one person? Or is that one coin, to three people? Did I get it right? Should I have some more wine?

Told a child to calm down. Something about being in costumes, being given continuous parcels of juice and snacks, and told to boo and stamp at the top of their lungs seems to put these kids in the craziest moods. Can’t imagine why. But if you haven’t shushed yours for waving their gregger 1.6 seconds after the gabbai puts his hands in the air, or told them that’s enough mishloach manot now, when they bounce across the room to sneak their eighth box of revolting Mike n Ike’s, it’s definitely not Purim day.

Worried about a teen hangover. I know, it’s Purim, it’s a mitzvah to drink. But isn’t that just supposed to be wine? Cause that 15 year old is definitely doing vodka shots. And I know that we all want to be the cool parent, especially on Purim, but the plan for tomorrow is donating unwanted Mishloach Manot and being glad the kids are back at school, not clearing up vomit stains and wondering if I’m going to get a call from child protective services.

Said, “four weeks until Pesach!” Unless you’re my cleaner, and you’ve phoned to discuss upping your hours, or you’re my parent disclosing a surprise all-inclusive resort stay for this year, just let me drink my wine in peace.

Is It Even Purim If You Haven’t..