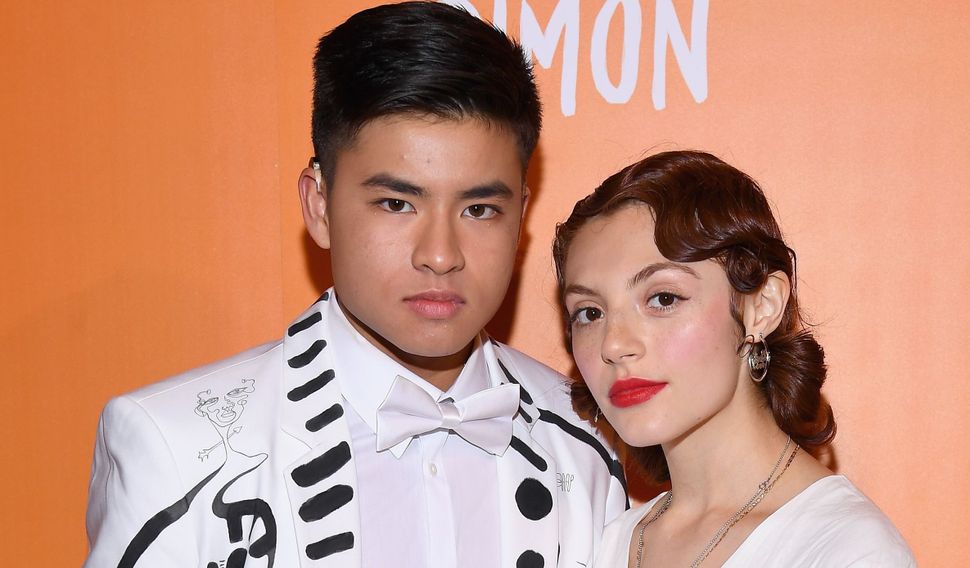 Chella Man (left, with Mary V,) will star in ‘Titans’ from DC Image by Getty Images

Yes, Chella Man’s full identity is complicated — he even says so himself.

“There is an extreme lack of representation for young, Deaf, queer, Jewish, Asian, transgender artists — sorry, that is a mouthful!” he told Teen Vogue in October 2018. “I decided to be my own representation.”

And so he has. The 20-year-old actor, model, and social media sensation has been cast as Jericho in season 2 of “Titans,” a superhero show from the DC universe made for the web. It’s historic, and as much a coup for DC as it is for Chella, who is perfect for the role of Jericho, an intense and emotionally complicated hero (and sometimes villain) who communicates via sign language.

“Jericho made his DC Comics debut in 1984’s Tales of the Teen Titans #43 (after making a cameo appearance in Issue #42), by Marv Wolfman and George Pérez, and has the power to possess anyone upon making eye contact with them. The character has always used sign language to communicate with his teammates, as he was rendered mute early in his life by kidnappers who were attempting to blackmail his father.”

The actor is ecstatic to be taking on the role. “As a trans, Deaf, Jewish POC, I have always reminded myself of the power in my differences,” he wrote on Twitter. “It’s a dream come true as I will now be able to showcase this power on the Titans.”

This means so, so, so, so, so much to me. As a trans guy who’s an aspiring actor, I have never seen or related to anyone like me in media. Ever. I haven’t seen anyone. I don’t know how to explain how much this truly makes me happier than anything.

@chellamanart THANK YOU FOR BEING SO WONDERFULLY AUTHENTICALLY TRANS and CONGRATULATIONS ON YOUR ROLE like I cried when I saw the announcement?? Because I thought I would have to give up my dream of acting when I started transitioning?? And you give a guy HOPE???? Can’t wait!!

Mazal tov, Chella Man! We can’t wait to see you go from strength to strength with “Titans.”