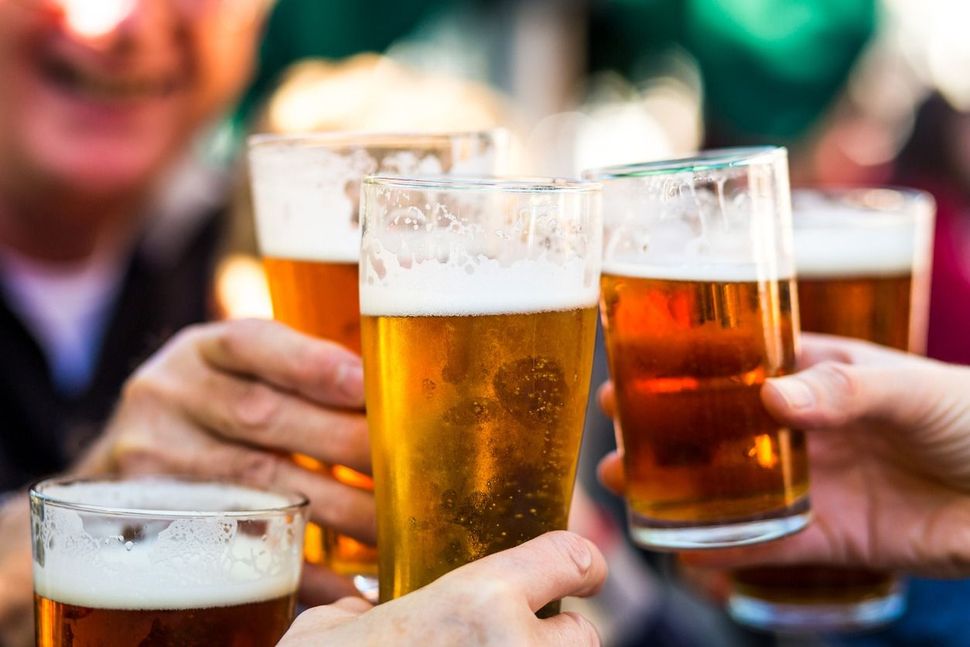 Raise an icy glass to Supreme Court Justice Ruth Bader Ginsburg, who is lending her stout reputation to a beer, “When There Are Nine,” to be released by Sam Adams this week.

That’s right, you lived through the Ruth Bader Gins-bra, now you can take yours off and fill up your cup with yet another product that profits off the name of the legendary justice without, you know, giving her any of the profits. Feminism at work, friends!

The beer brand wrote of the Belgian Bruit IPA, “We are dedicating this brew to feminist icon Supreme Court Justice Ruth Bader Ginsburg and naming it When There Are Nine, inspired by her famous response to the question ‘When will there be enough women on the Supreme Court?’” The beer, which was apparently crafted by women, will be released on March 29 at the Sam Adams tap room in Boston.

A small portion of sales from the event will go to the Pink Boots Society, a non-profit for women brewers. But most of it will go to a beer company.

It’s your month, ladies! (And allies.) So get tipsy for Ruth Gins-B. Get boozy for Ruthie. Get stocious for The Notorious. Drink up, and then go do some work that will actually help bring the number of female Supreme Court justices to nine.