The Ratings Are In: Ivanka And Jared Are Both Disliked, But For Different Reasons 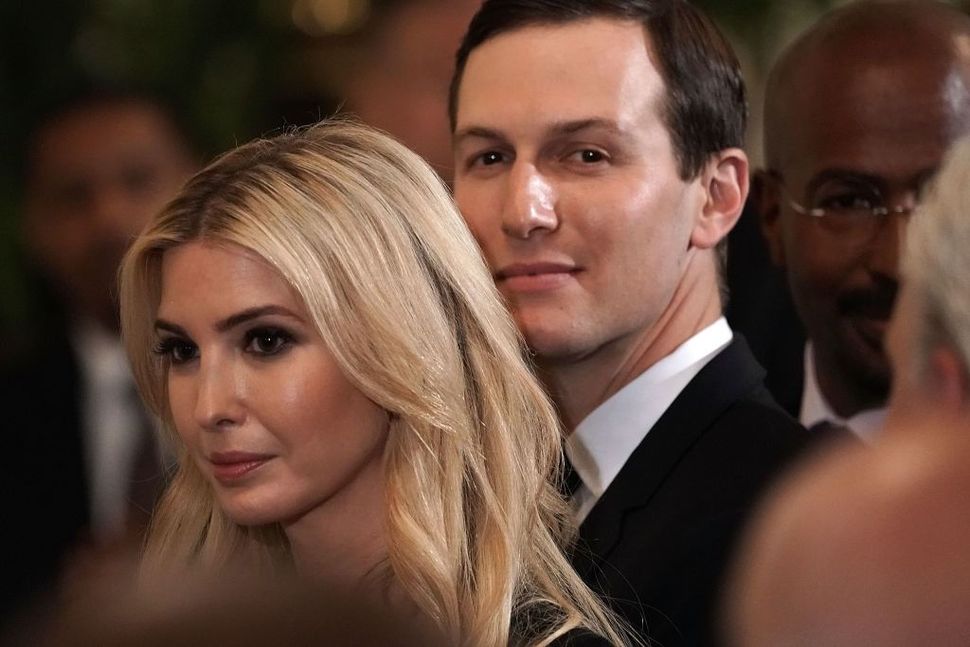 Her husband of nine years, Jared Kushner, is not.

Well. A small child could have told you all of that. But now research from E-Poll, a top data company that ranks celebrities’ marketability, confirms it. New York Times reporter Anne Karni accessed the “E-Scores” of major White House figures, numbers in a polling system that industry workers typically use to glean public opinion of public. Tom Cruise, The Rolling Stones, and Oprah Winfrey occupy the top spots on E-Poll’s 2019 ranking.

E-Poll found that Ivanka Trump’s “overall strong negative appeal” ratings are stronger than her “overall strong positive appeal,” 21% to 12%, meaning that she is more disliked than liked. Kushner’s numbers were more extreme, with a “strong negative appeal” of 36% and a “strong positive” of 6%. When Trump is well-liked, E-Poll found, it’s with people ages 55 and up. She is least-liked by people between the ages 18-24. Her highest scores are for the words “beautiful” and “attractive,” her lowest are for “funny” and “can identify with.”

Meanwhile Kushner scores highest for the words “creepy,” at 27% and “insincere,” at 29%. He earned a one percent score for the word “emotional.”

Haters, hold your horses. Fans, don’t panic. Henry Schafer, a marketing expert quoted in the New York Times piece, said that for President Trump, high “awareness” scores eclipse high dislike scores. In other words, hating can be helpful, to certain divisive personalities, as long as it leads to more attention.

Think about it — maybe this explains Ivanka Trump’s habit of posting pictures of her children at the height of the family-separation crisis, or Melania Trump’s “I don’t care” jacket, upon visiting facilities where separated children were detained.

Or don’t think about it — it will only raise the family’s “awareness” score.

The Ratings Are In: Ivanka And Jared Are Both Disliked, But For Different Reasons