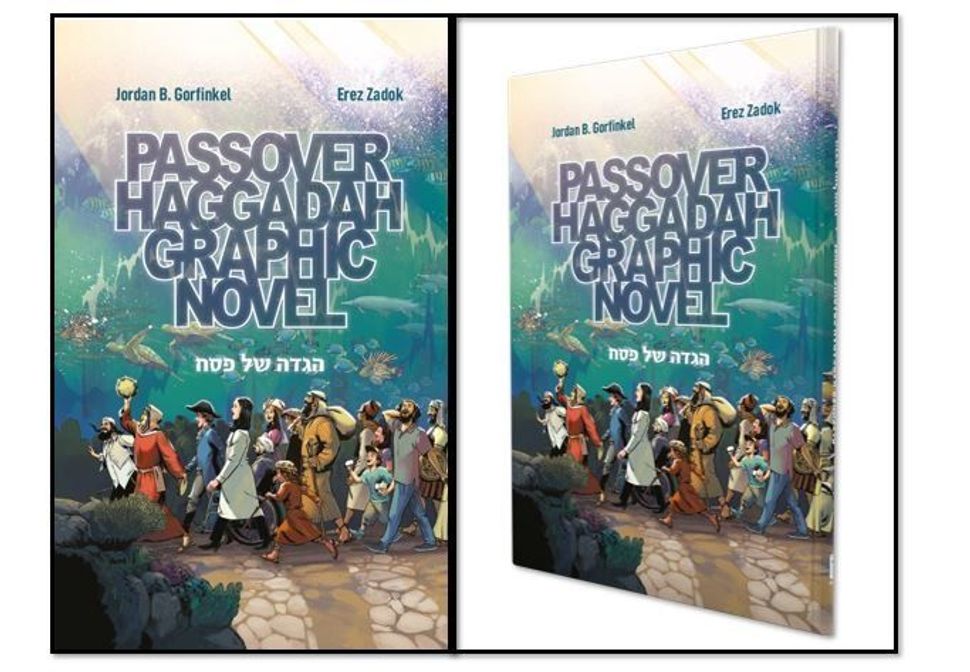 The “Passover Haggadah Graphic Novel” is the newest telling of the epic Exodus story.

If there’s any story from Jewish history that deserves to be made into a graphic novel, it’s the Exodus story. Plagues? A magic staff-wielding superhero-figure? The splitting of the Red Sea? It’s practically begging for it.

And lucky for us, someone has found a way to do that – just in time for Passover.

Cartoonist Jordan B. Gorfinkel has combined the Exodus story with searing images, making this the ideal Haggadah for the millennials — or at least that’s how it’s being marketed. “The Passover Haggadah Graphic Novel,” published by Koren Publishers, is the newest Haggadah to be printed in a market where niche Haggadah competition is fierce (think 2017’s Harry Potter Haggadah or this year’s Marvelous Mrs. Maisel version in collaboration with Maxwell House). The graphic novel craze clearly extends to ancient ritual meals — this Haggadah is currently the #1 best seller in the Religion & Spirituality Graphic Novels section on Amazon.

According to Gorfinkel, the Exodus story is the perfect saga to convert into this form of art. “[Passover] has everything you want,” he told the Jewish Week. ”Larger-than-life characters and conflicts, sweeping settings, mammoth action sequences, memorable personal moments.” The story has the ending that is perfect for fictional stories, he argues. “Especially if you don’t mind sand in your shoes.”

The 170-page book, created over the course of three years, is, like parsley in salt water, something of a two-in-one. On the right side of the page, you have your traditional service, in both Hebrew and transliterated English. On the same page, there is a modern Hebrew to English translation from David Olivestone, the former director of communications at the Orthodox Union.

On the left side of the page is the highly detailed graphic novel created by Israeli artist Erez Zadok. Seamlessly combining ancient and modern styles helps the story flow, bringing a clearer understanding of an ancient story told time and time again — just never quite like this.

The team behind the massive work say that the goal for creating the Haggadah was simple: make a story that dates back three thousand years accessible to everyone from any denomination from any time period. Hence Seder participants will find men and women from various eras – from punk rockers to Renaissance ladies to Revolutionary War soldiers to even modern-day businessmen and women.

It’s a book for everyone to enjoy – just like that.