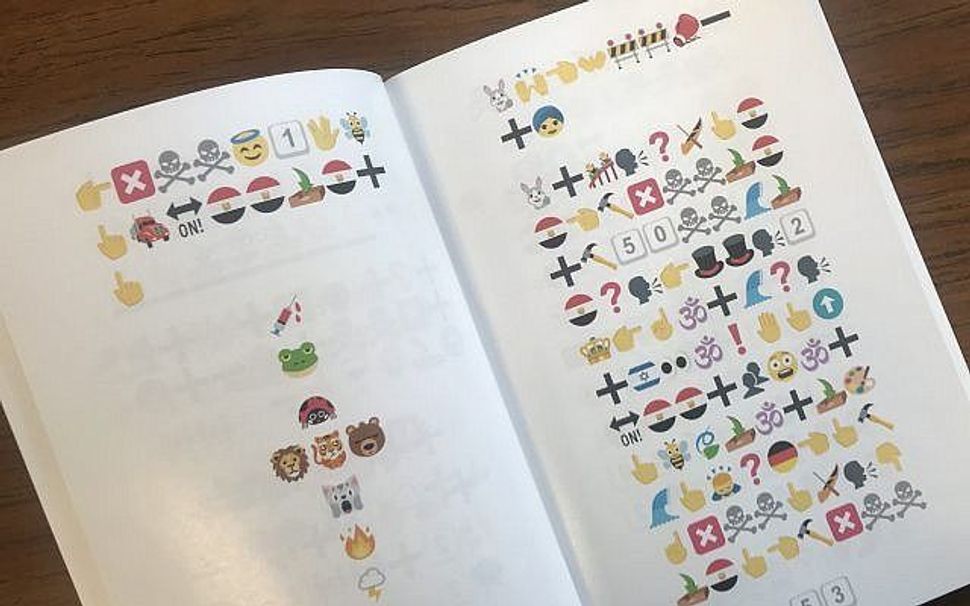 It’s the illustrated Haggadah like you’ve never seen it before, and it’s bound to cause conversation at your Seder.

Coming out just in time for Passover, author, IT specialist and language-lover Martin Bodek of Passaic, NJ has created a Hagaddah using only emojis. With certain pictograms placed together in a specific order, the reader gets the story of the Jews leaving Egypt without ever reading a word.

This is the second version of this Hagaddah. The original self-published book, known in technical terms as “1.0,” is 128 pages with just emojis. The new version will be published by Ktav, and will come with a “how-to” guide and notes that explain the story of Passover in English. Both include all of the text found in the traditional Haggadot.

Bodek was inspired to create the book from a Purim party at his synagogue two years ago, when his family dressed up as emoji figures. After drafting an all-emoji summary of Megillat Esther, he decided to create a version for Passover.

“The first thing that entered my mind was a full-length Hagaddah,” he told the Jewish Week. Referring to emojis as the hieroglyphics of the modern time, Bodek said that “it’s a universal language.”

Bodek has come up with different combinations of about 3,000 emoji to demonstrate the different parts of the Hagaddah. Four question marks for the Four Questions, rabbits for Rabbis, the wave for the Red Sea, and the cover has a man speaking, a seashell and a ram for the pictorial translation of “Haggadah shel Pesach.”