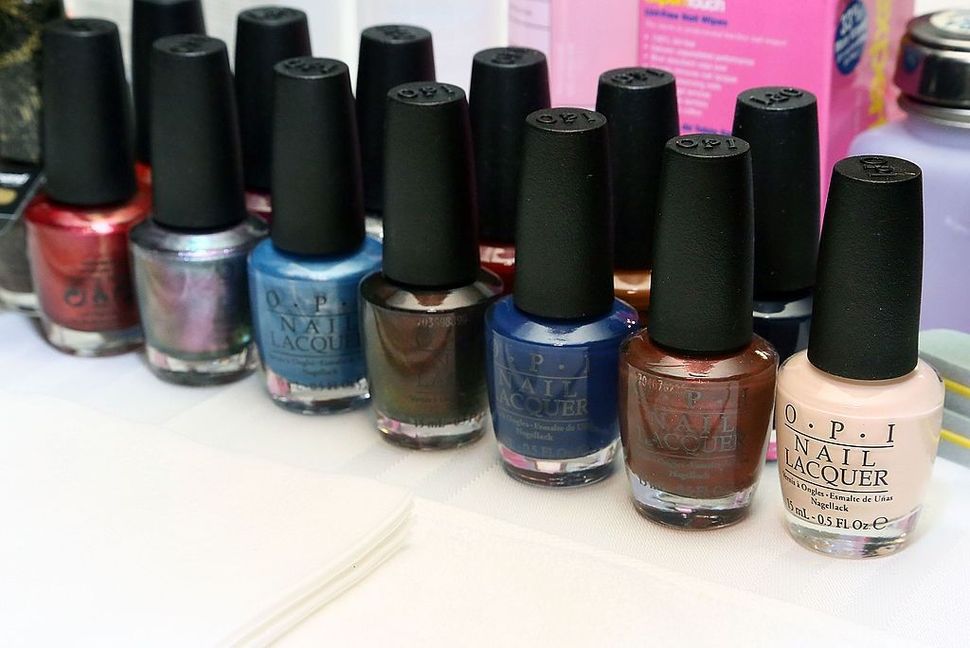 If you’ve ever held a pleasantly rotund little bottle of OPI nail lacquer in your hand and felt your mood lift, you can thank Suzi Weiss-Fischmann.

Weiss-Fischmann is the 62-year-old Jewish woman who created the massively successful nail art brand. She’s a Hungarian immigrant, a Jewish mother, the child of Holocaust survivors, and a super savvy businesswoman. And the publication of her new book, “I’m Not Really A Waitress,” seems like a good time to remind everyone of this. Behind the rainbow glass bottles ubiquitous in nail salons and drugstores is a Jewish woman who simply thought, “I can do that.”

OPI, which actually stands for Odontorium Products Incorporated, was founded by Weiss-Fischmann and her brother-in-law, George Schaeffer, in the early ’80s. Neither had a background in the beauty industry — in fact, Kveller reports, Weiss-Fischmann was a longtime nail biter. Already business parters running a dental-supply company, Schaeffer observed that their clientele included aestheticians, who purchased dental acrylics to craft into artificial nails. Seeing a niche, they developed a diversity of bright colors in ergonomic bottles, becoming the first polish company to market directly to consumers, via fashion magazines. Business success as a woman wasn’t a foreign concept, Weiss-Fischmann, who grew up in Hungary, told Kveller. There, “The men usually seemed like losers,” she said. “There’s no limitation to women. The only limitations are what you put on yourself.”

OPI flourished by occupying a place between super-accessible and luxurious — though affordable and highly available, the polishes have become an industry standard. This is due in part to the high quality of the polish formulation, as well as the brand’s consistent marketing through celebrities, and its iconic polish naming gambit. The brand was apparently the first to name polishes; according to Nails Mag, “The OPI team comes up with polish names by starting with a geographic location, then brainstorming on that region by sitting in a room for six to eight hours and looking at maps and pictures, and eating authentic food from the area.” Hence, shades names like “La Pazatively Hot,” and the brand’s most popular shade, and also the name of Weiss-Fischmann’s book, “I’m Not Really A Waitress.”

Weiss-Fischmann sold OPI in 2010, but still participates in naming colors. She has no design training, just good sense, she told Elite Daily last year. “I love fashion, I love beauty, I’m a woman; a mom. It came kind of naturally.” She and Schaeffer have used their platform and wealth to do massive charitable work through OPI. As an immigrant, she told Kveller, she lives off her father’s motto, “You give and you get.” In addition to the philanthropic work she does through the Fischmann family foundation, she She has served on the Board of Directors of the Abraham Joshua Heschel Day School and the Board of Trustees of Jewish Women International, and has worked with the USC Shoah Foundation.” Tzedakah is part of my life and who I am,” she’s said.

Now put that on the side of a nail polish.