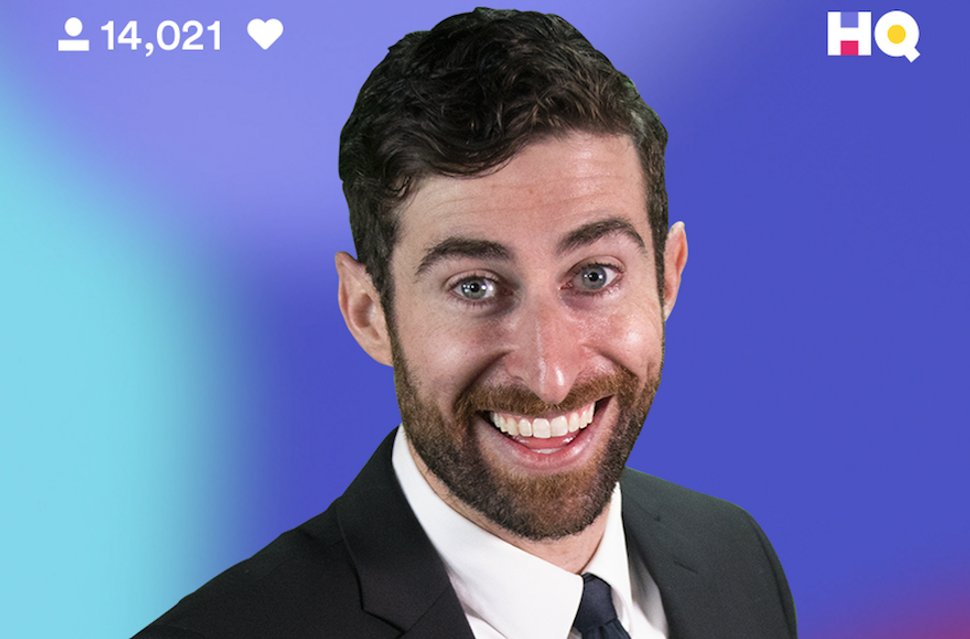 When the people of Israel reached the edge of the Promised Land, their leader, Moses, was not permitted to enter.

He gave one last goodbye to the people, with whom he had journeyed from slavery into freedom.

And then he climbed to the top of a nearby mountain, and God blessed him.

Ah yes, Rogowsky is headed for the great baseball field in the sky.

The 34-year old New Yorker has been a sort of Walter Cronkite for Gen-Z and the Millennial generation, a warm smile and cunning wit who greets us nightly through our phone screens, offering cash in exchange for basic fact regurgitation.

But this isn’t a game anymore! This is real life, and it is full of pain, suffering, and baseball. Rogowsky a Johns Hopkins-grad who made his name with a viral video “10 Hours of Walking in NYC as a Jew,” has been the host of HQ Trivia since its inception in 2017. His warm demeanor and eerie smile weathered the show through tough competitors, CEO-drama, and controversy regarding accepting investments from Peter Thiel. Through it all, Rogowsky has retained the title, “Quiz Daddy.”

“Nothing in my decade-plus entertainment career has meant more to me personally and professionally than my involvement with HQ,” he said.

Well, so long, various tiny amounts of change we used to get from HQTrivia. And best of luck with this “Change Up,’ Rogowsk! We think you’ll hit it out of the park.