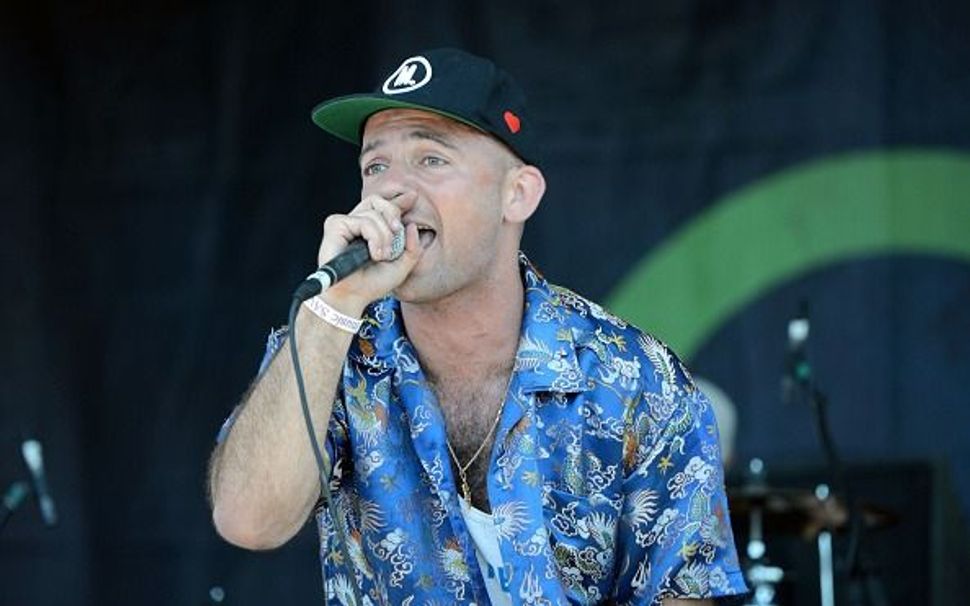 Jewish rapper Kosha Dillz (the stage name of Rami Even-Esh) is carrying on the Jewish tradition of having a seder – at the Coachella festival, no less.

Appropriately named “Matzahchella,” the event will be happening throughout the second weekend of the popular music festival. “This weekend. 6-8 Passover seders,” Dillz wrote in the official Facebook event. “We will do 4-5 of them. Each night. Then one on Sunday.” He ends the post with this: “There are 100,000 people at Coachella and plenty people would love to know about this!”

Organizing the event with Rabbi Yonah Bookstein of the Pico Shul in Los Angeles, along with the organization Shabbat Tent, Dillz told Alma that the ten-minute seder is for people who wouldn’t normally celebrate the Jewish holiday. “The whole goal isn’t really to have a big thing, but to do something for people that didn’t plan on doing anything,” he said.

The seder will be conducted in the “Matzahchella” tent, conveniently located near the iconic ferris wheel popular with Instagram influencers. Featured foods? Gefilte fish, matzah (obviously) and other Passover-related dishes. “This is a story people will tell forever,” Dillz told Alma. “Like I did a Passover seder at Coachella!”

The idea came about after he brought a bottle of Manischewitz grape juice for late Jewish rapper Mac Miller at a 2011 music festival (coincidentally also on Passover), where he met Rabbi Bookstein. Four years later, Matzachella came to fruition at Coachella in 2016, with Dillz running the seder himself.

“We create an oasis of chill in the midst of the craziness of music festivals,” Rabbi Bookstein told Billboard at the time.

Kosha Dillz really loves embracing his Jewish roots. He has been known to curate playlists for various Jewish holidays, and (he’s even releasing a new track called “EXERCISE” on the eve of Passover) and his Twitter bio says “literally having Passover seders in the desert is lit. Lemme know if you wanna come to my seder (SAY-dare).” And let’s not forget this epic photo he posted with Jewish actress Mayim Bialik this past Purim dressed as – you guessed it – a kosher dill pickle:

For the holiday of Purim, I did a rap show at a synagogue yesterday, which is actually called a “syna-gig”. @missmayim pulled up on me with a squad of orthodox babes and instead of asking me to rap about the Megillah , we spoke about our love for pickles and did rap poses… and then we all did line dancing together. Seriously.

Leah Feiger is the Evergreen Intern for the Forward. You can reach her at [email protected]