Watch: Israel Has The Best ‘Avengers: Endgame’ Fans (No Spoilers!) 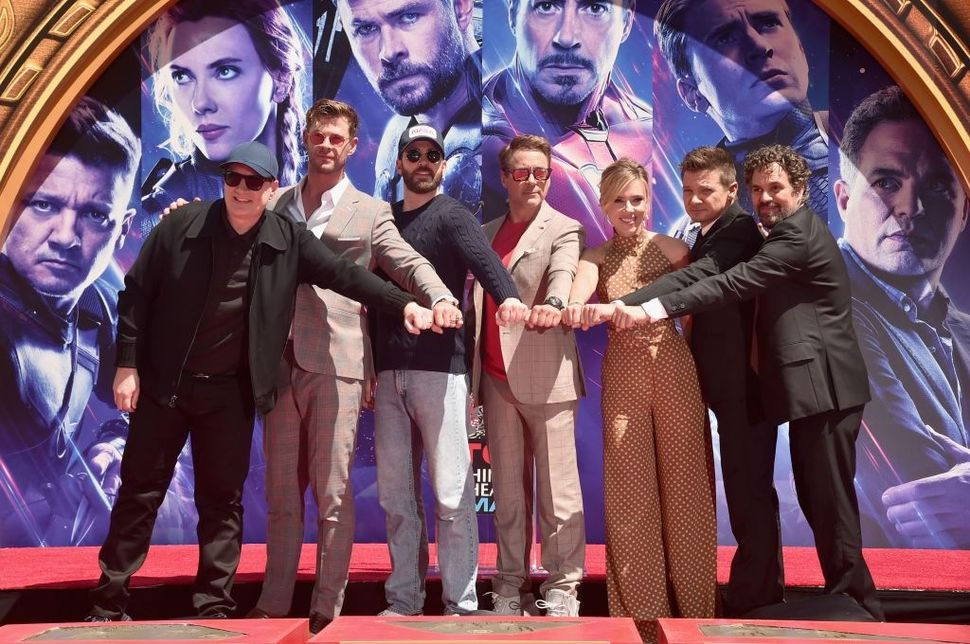 Step aside, Marvel Studios fans in Los Angeles, Seoul, and London…Israelis displayed this week that they are the definitive fans of the fictional fantasia about beautiful young heroes who come together from diverse backgrounds to avenge the mass murder of millions.

At a showing of “Avengers: Endgame” in Kfar Saba, a city in central Israel, musicians appeared in the crowded theater just before the much-anticipated conclusion to the “Avengers” saga.

A Reddit user captured Israelis just before “הנוקמים: סוף המשחק” enjoying a spontaneous performances of the “Avengers” theme music by a guitarist and trumpet player who rise from the crowd like the Space Stone as it is extracted from the Tesseract.

Ultimately, the kippah-heavy scene was identified as the Cinema City movie theater complex in Kfar Saba, though, as many fans noted, “It looks like Brooklyn.”

Watch: Israel Has The Best ‘Avengers: Endgame’ Fans (No Spoilers!)